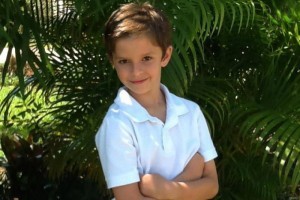 Washington, DC–(ENEWSPF)–Sepember 10, 2015. A young Florida boy and his family are reeling after a routine termite treatment resulted in a devastating outcome. Ten-year-old Peyton McCaughey of Palm City, Florida has been in the hospital for weeks following a severe reaction to chemicals used to fumigate his family’s home. According to news reports, the fumigation was performed by Sunland Pest Control, a subcontractor of Terminix. The Florida Department of Agriculture has since issued a “Stop Work Order” while it investigates the company in collaboration with the Environmental Protection Agency (EPA) and the state Department of Health.

After returning to their home hours after the Terminix subcontractor told them it was safe to enter, the whole family became very ill. While the parents and the 7-year-old daughter recovered, the young boy’s condition continued to worsen. “He was having some uncontrollable muscle movements, couldn’t stand up, couldn’t speak, so they took him to a local walk-in and the doctor quickly recognized it was probably poisoning from a treatment,” said Peyton’s uncle, Ed Gribben. Current reports indicate that the boy has likely suffered brain damage and has lost all muscle control, rendering him unable to stand or speak. He remains in a hospital in Miami weeks after the initial exposure took place.

A Terminix spokesman, while making clear that the incident is still under review, did state that the gas normally used for this type of fumigation (intended to target termites) is sulfuryl fluoride. When asked to comment, Shan Yin,M.D., MPH, the medical director of the Cincinnati Drug and Poison Information Center, said that while acute pesticide poisoning is rare, exposure to this application of sulfuryl fluoride, an odorless gas, can lead to symptoms including dizziness, headache and vomiting in even the most mild cases. “In severe cases,” Dr. Yin said, “it can cause seizures and can cause neurologic symptoms.”

Sulfuryl fluoride is an inorganic chemical often used for the fumigation of closed structures and their contents, such as domestic dwellings, garages, barns, storage buildings and commercial warehouses, just to name a few. It is intended to target termites, powder post beetles, bedbugs, and other pests. Sulfuryl fluoride is a dangerous chemical which has been linked to cancer as well as neurological, developmental, and reproductive damages. More information about sulfuryl fluoride and its more potent cousin methyl bromide, another industry favorite, can be found on our factsheet about structural fumigants.

In addition to promoting alternative fumigants for pest control, Beyond Pesticides has also been involved with efforts to remove sulfuryl fluoride from use on food. Food-related tolerances were set for sulfuryl fluoride in 2004 for raw foods and in 2005 for processed food as post-harvest fumigant. Both of the food-related tolerances were opposed by Beyond Pesticides, and in 2006 Beyond Pesticides, Fluoride Action Network (FAN), and Environmental Working Group petitioned EPA for a stay of final rules, objecting to the tolerances as allowing an excessive hazard to food consumers.

In the beginning of 2011, EPA responded to this petition by granting objections to the food-related tolerances. Based on a cumulative risk assessment taking into account food, water, and structural use exposure, this decision established a phase out all food-related uses for sulfuryl fluoride over a three-year period ending in 2014. After the EPA decision, there was a flurry of activity in Congress to limit EPA’s proposed phase out. In April of 2013, U.S. Representative Tom Graves (R-GA) introduced H.R.1496, the Pest Free Food Supply Act, with similar language introduced in the U.S. Senate by Joe Donnelly (D-IN), intended to force the EPA Administrator to withdraw the proposed food tolerance cancellations. With overwhelming support and influence from Dow Agrosciences, the language eventually attached in conference committee to the Farm Bill, or Section 10015 of the Agricultural Act of 2014 (Regulation of Sulfuryl Fluoride), despite overwhelming scientific evidence in support of the EPA phase-out of sulfuryl fluoride. It was passed February 7, 2014.

Unfortunately, when it comes to cases of fumigants poisoning families, the current situation in Florida is not isolated. In 2010 alone, poison control centers in the U.S. reported 91,940 calls related to pesticide exposures in general, according to the University of Nebraska Institute of Agriculture and Natural Resources. Just this spring, a family of four was hospitalized after being exposed to methyl bromide, a highly neurotoxic pesticide, while on vacation at their luxury condo in St. John, U.S. Virgin Islands. After being rushed back to mainland U.S. for treatment, the two sons are still in critical condition, having both gone into a coma as a result of the exposure. The father is paralyzed and mother has nerve damage.

There are many viable alternatives to sulfuryl fluoride and methyl bromide fumigation, including temperature manipulation (heating and cooling), atmospheric controls (low oxygen and fumigation with carbon dioxide), biological controls (pheromones, viruses and nematodes), and less toxic chemical controls (diatomaceous earth). More information on Beyond Pesticides’ recommendations for the least-toxic control of termites can be found here.

While it is still unknown whether Peyton will be able to make a full recovery, he did receive a little relief this past weekend when three Miami Dolphins players visited him the hospital where he is receiving treatment. If you would like to help the family, you can join Facebook Group “Support Peyton McCaughey” or donate on the GoFundMe Page. Visit the Beyond Pesticides website to learn more about the potential harms of pesticide use and how it may impact your family, especially young children.