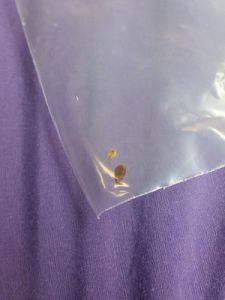 Eric Brinkman, a mechanical engineering junior, resides in Iba Hall and dealt with the bed bugs over the weekend.

“I flicked one off my shirt one morning after waking up,” Brinkman said. “It definitely is creepy. They have treated a few other rooms on the second floor in Iba, and another guy on the fourth floor reported bed bugs as well.”

Shannon Baughman, associate director of Operations for Housing and Residential Life, said that compared to other universities, OSU has a low occurrence rate of bed bugs.

From July 1, 2014, to June 30, 73 rooms at OSU tested positive and were treated for bed bugs, according to Residential Life data. Of those 73, 41 were in single student housing, while 32 were in family and graduate housing. Eleven rooms had to be treated twice, according to the data.

Jackie Lee, OSU assistant professor of etymology, said bed bugs can easily move from dorm to dorm and will typically move 20 to 50 feet for a blood meal.

“The number one way bed bugs are spread today is by people picking up used furniture and bringing it into their home,” Lee said. “They’re hitchhikers, so they love to latch onto fabrics and travel in luggage and backpacks.”

Bed bugs are not known to transmit any blood borne illnesses or diseases, according to the Housing and Residential Life website.

Baughman said bed bugs are not an indicator of a person’s cleanliness or hygiene.

“Bed bugs do not discriminate,” she said. “Anyone can get them.”

“Once we get visual confirmation of bed bugs, we give the resident the opportunity to relocate,” Baughman said. “There are emergency spaces set aside for this situation. Then, to treat the room, we perform thermal remediation where we heat up the space to over 120 degrees for several hours. Heat kills the bed bugs. After that, we leave a residual spray on the outside of the room and set traps on the legs of the bed. Our goal is to treat a room in 24 hours.”

Brinkman attests to the university’s efforts to combat the problem.

“Res life was great,” Brinkman said. “They take it seriously, and they do a great job. Communication is sometimes hard. It’s not always the most convenient, but they get the job done and make sure to follow through. It feels good to know that they really want to try and help those affected and get it taken care of.”