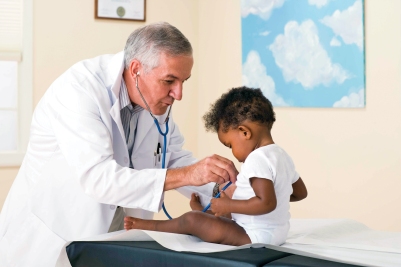 While agriculture has traditionally been tied to pesticide-related illnesses, of the 40 most commonly used pesticides in schools, 28 can cause cancer, 14 are linked to endocrine disruption, 26 can adversely affect reproduction, 26 are nervous system poisons and 13
can cause birth defects. Of of the 30 most commonly used lawn pesticides, 19 can cause cancer, 13 are linked to birth defects, 21 can affect reproduction and 15 are nervous system toxicants. A number of published studies using animal toxicity data and human cells/tissue laboratory data also show that pesticides are linked to several major public health problems.

Epidemiology: The Challenge of Finding Patterns of Harm

Despite evidence to the contrary, chemical industry critics of epidemiologic studies linking pesticides to major diseases argue that they are of limited value because of their reliance on records and study participants’ memory, among other issues. In fact, the correlation
of patterns of chemical use with an effect is difficult to establish in epidemiology and therefore may underestimate hazard effects.  When a correlation is established it raises serious concern.  The epidemiologic studies in the Pesticide-Induced Diseases Database show an overall pattern that links pesticide exposure to major diseases.

Common household products –detergents, disinfectants, plastics, and pesticides– contain chemical ingredients that enter the body, disrupt hormones and cause adverse developmental, disease, and reproductive problems. Known as endocrine disruptors, these
chemicals, which interact with the endocrine system, wreak havoc in humans and wildlife.

The endocrine system consists of a set of glands (thyroid, gonads, adrenal and pituitary) and the hormones they produce (thyroxine, estrogen, testosterone and adrenaline),
which help guide the development, growth, reproduction, and behavior of animals, including humans. Hormones are signaling molecules, which travel through the bloodstream and elicit responses in other parts of the body. Endocrine disruptors function by: (i) Mimicking the action of a naturally-produced hormone, such as estrogen or testosterone, thereby setting off similar chemical reactions in the body; (ii) Blocking hormone receptors in cells, thereby preventing the action of normal hormones; or (iii) Affecting the synthesis, transport, metabolism and excretion of hormones, thus altering the concentrations of natural hormones. Endocrine disruptors havebeen linked to attention deficit hyperactivity disorder (ADHD), Parkinson’s and Alzheimer’s diseases, diabetes, cardiovascular disease, obesity, early puberty, infertility and other reproductive disorders, and childhood and adult cancers.
More than 50 pesticide active ingredients have been identified as endocrine disruptors by the European Union and endocrine disruptor expert Theo Colborn, PhD. Endocrine disruption is the mechanism for several health effect endpoints.
To view this article in its entirety see Beyond Pesticides – Pesticides and You.
Database can be viewed here at Pesticide-Induced Diseases Database.