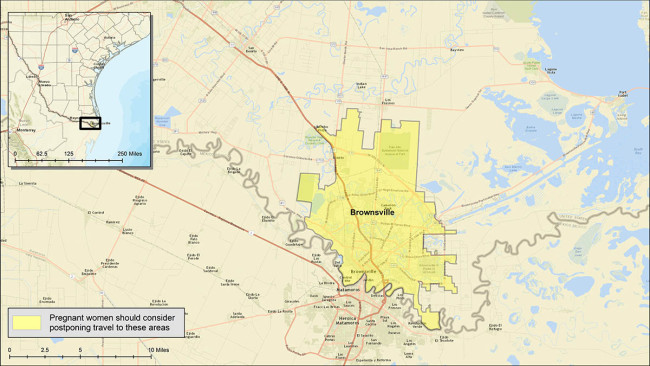 BROWNSVILLE, Texas (KXAN) — Texas has identified the first instance of a lab–confirmed Zika infection in a pregnant woman who did not travel outside the state.

The woman, a resident of the San Antonio-area, traveled to Brownsville in November around the same time six Brownsville residents acquired Zika from local mosquitoes, according to the Department of State Health Services. In December, the Centers for Disease Control and Prevention cautioned pregnant woman to avoid travel to Brownsville.

The infected woman did not get sick and was tested for Zika during regular prenatal care. The DSHS says, because the infection was not transmitted in Bexar County, it does not represent an increased risk of Zika in the San Antonio area.

Officials say the infection could have been transmitted by mosquitoes or through sexual contact with a partner who was infected.

DSHS urges everyone, especially pregnant women, to continue to protect themselves from mosquito bites when visiting Brownsville and other parts of the state where mosquito activity continues throughout the winter months. Pregnant women should also protect themselves against sexual transmission from partners who travel to those areas by avoiding sexual contact or using condoms for the duration of the pregnancy.

Zika is a mosquito-borne virus that can cause fever, rash, muscle and joint aches and red eyes (conjunctivitis). Symptoms are usually mild, and most people exposed to Zika virus won’t develop any symptoms at all. Zika has also been linked to a birth defect called microcephaly and other poor pregnancy outcomes in babies of mothers who were infected with the virus while pregnant.

The DSHS says people everywhere can protect themselves from mosquito bites and the threat of Zika by taking a few simple steps: