An update on last year’s epidemic—before you book your spring break travels.

It’s been more than a year since the Centers for Disease Control issued the first warning about travel to Brazil and the Caribbean because of the Zika virus. From January to August of last year, the virus dominated headlines and sent travel agents and hoteliers into a frenzy. Hotels in Zika zones like the St. Regis Puerto Rico saw business losses as great as 30 percent, while an unprecedented boom brought twice as many travelers to a flurry of resorts in Zika-free Hawaii.

But for the last few months, Zika has been out of sight and out of mind. Does that mean you should stop worrying about it? Here’s what the experts have to say.

Zika was never eradicated from the 30 Caribbean islands and 18 countries in South America where it appeared last year, and the disease is now showing up everywhere from Southeast Asia to the South Pacific. But you haven’t been hearing about Zika lately because, for one, it’s winter, when mosquitoes don’t thrive. And the U.S. presidential election has dominated air waves since the Rio Olympics finished virus-free last August, leaving the story to simmer (very softly) on the back burner.

And yet, between the months of November and January, the CDC has logged almost 4,000 new cases of Zika in the U.S., Puerto Rico, the U.S. Virgin Islands, and American Samoa.

“The disease as we understand it now is scarier than we originally thought,” said Kristin Lamoureux, associate dean of New York University’s Jonathan M. Tisch Center for Hospitality and Tourism. “It’s not quite the same as SARS or Ebola or other diseases that are contained geographically,” she explained, adding that other mosquito-borne diseases (like malaria or dengue fever) carry less stigma because they’re known to be curable.

“We know we’re going to see Zika again in the spring,” she said. 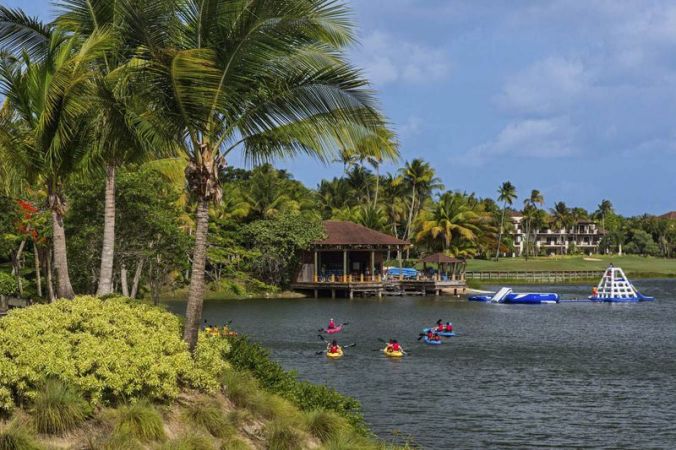 Miami has served as a useful case study. When the city saw its first few cases of Zika transmission last summer, the local government acted quickly, enforcing a tripartite strategy of aerial spraying, manual spraying, and local awareness that eradicated the disease. “Miami Beach is a beacon of hope that Zika can be contained,” said Lamoureux, who added that other destinations can replicate the same model to contain outbreaks, or even prevent them, if they have the organizational means and resources to do so.

Other locales have managed to stay blissfully free of Zika altogether. Bermuda has never appeared on the CDC Travel Notice list, and neither have Uruguay, Chile, and Hawaii. And there’s compelling evidence that Puerto Rico has curtailed the number of cases dramatically.

Even better, according to former Food and Drug Administration chief and public health expert Dr. Jesse Goodman, nearly a dozen Zika vaccines are currently in trial phases, and at least one of them is entering early human studies. When that happens, Zika will be no different than malaria: a mosquito-borne virus that can be reliably combated whenever exposure puts you at risk.

But a safe and effective vaccine is still a few years away. Until then, Goodman, who has sat on boards and committees for the CDC, National Institutes of Health, and World Health Organization, sees Zika becoming endemic, just like malaria, chikungunya, and dengue. “My suspicion is that over a period of a couple of years, the people most exposed to Zika will become immune to it—which will make the rates of infection go down a lot,” he said.

Goodman’s advice: If you have a destination in mind for your next trip, sign up for text alerts from the CDC here to get the most up-to-the-minute information.

The link between Zika and microcephaly may have been called into question last fall by a story in the Washington Post, which claimed that the correlation has primarily been limited to a small area in northern Brazil. But Goodman says the science is clear. “The scientific community has come to a consensus that there’s a clear risk between Zika and microcephaly,” he told Bloomberg, “along with a variety of other severe pregnancy outcomes, in some cases including miscarriages.”

For women in their first trimester, the risk of incidence has been estimated at 15 percent to 20 percent, he says. And while that’s not small, early studies had pinned the numbers as being higher. (The correlation between Zika and Guillain-Barré syndrome is still much, much smaller: Only 13 of the 4,973 Americans who have contracted Zika got the autoimmune disorder.)

What’s less clear, said Goodman, is whether gestational Zika can lead to other pediatric conditions like learning disabilities, and why microcephaly has been so much more prevalent in some regions (like northern Brazil) than others. All things considered, he says the recommendation is still that “pregnant women and women looking to get pregnant avoid all nonessential travel, or get tested during their pregnancy if they’ve been exposed.”

For many travelers, exposure to Zika is bound to become something of an inevitability. “The comfort level for travelers has risen [when it comes to going to the Caribbean] now that Zika has been out of the conversation for a while,” said luxury travel specialist Jack Ezon of Ovation Travel. Business was up 43 percent in the Caribbean and Mexico last month, and spring break bookings are almost back to their normal volume after dipping by up to 30 percent in 2016. “Only 15 percent of travelers are even asking about Zika anymore, compared to about 70 percent last year,” Ezon added.

“What we are noticing is more of a wait-and-see approach,” he said, pointing to a spike in last-minute warm weather trips; likely, travelers want to feel as confident as possible that another Zika outbreak isn’t on the horizon.

To that, we say: Avoid the beach at twilight, dawn, and dusk. Pack the chicest coverup you own, and wear it often. Request a room on your hotel’s higher floors. And don’t forget your bug spray.