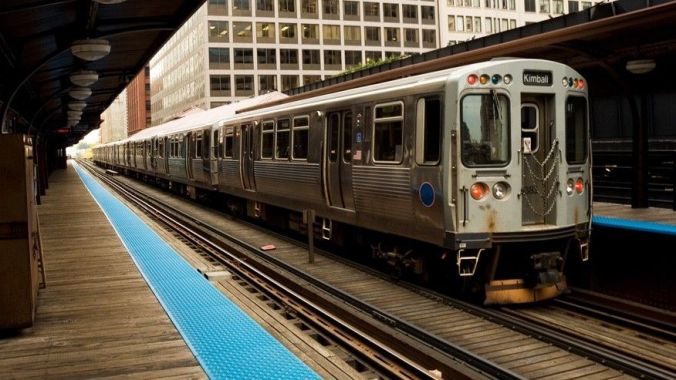 If you use public transportation in Chicago, you might want to avoid the Red Line for a while.

A Chicago transit rider named Michael Moore (no, not that one) recently spotted “hundreds and hundreds” of tiny insects — which he believes were bed bugs — in a fellow passenger’s bag.

Moore was riding on a downtown-bound train when he noticed the insects inside a nearby garbage bag, which was brought on-board by a homeless woman, he alleges. Moore then notified the conductor, but not before capturing about 12 seconds of footage of the bugs as they crawled across the woman’s belongings.

Moore told WLS News that once the train’s crew had become aware of the problem, they evacuated all the passengers from his car.

“They evacuate just that car from the train, and then we stop there for about 10 minutes and they clean the train,” he told WLS.

Once the crew was done cleaning, Moore boarded another train car to continue on his way — but so did the woman, still carrying the bug-filled bag, says Moore.

“It has holes in the bottom of the bag, and then she gets onto another train,” he remarked.

Moore adds that he and the woman boarded separate train cars upon re-entering the Red Line.

WLS reports that the Chicago Transit Authority didn’t confirm whether the insects were actually bed bugs, but they did say they don’t prevent paying customers from entering their trains.