Health experts fear a random outbreak of yellow fever in Brazil could affect millions if it isn’t contained.

The entire state of Espirito Santo is now considered at risk for transmission of the virus, the World Health Organization (WHO) claims.

But it says it could leave residents in densely-populated cities such as Rio de Janeiro and Sao Paulo at risk if it spreads.

Although the risk remains remote, it comes just one year after the country’s dramatic Zika epidemic, which later spread to various parts of the world. 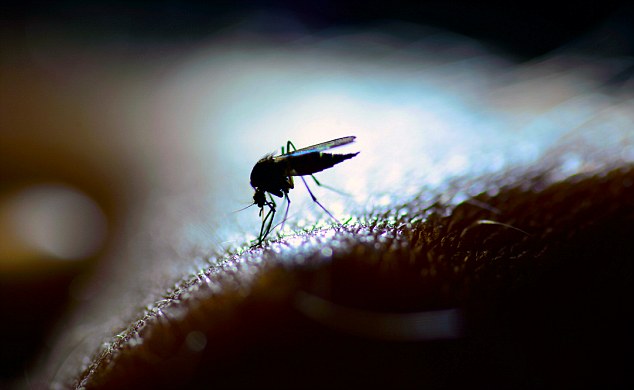 The ongoing yellow fever outbreak has so far been limited to rural areas, where it is mainly spread to humans by two rural species of mosquito that likely bit infected monkeys, according to Brazilian health officials.

But there are growing concerns it could likely start spreading in a human-to-human cycle via the Aedes aegypti mosquito.

That mosquito, common in many tropical and subtropical cities, also carries the dengue and Zika viruses, which has been linked to thousands of babies being born with underdeveloped brains. 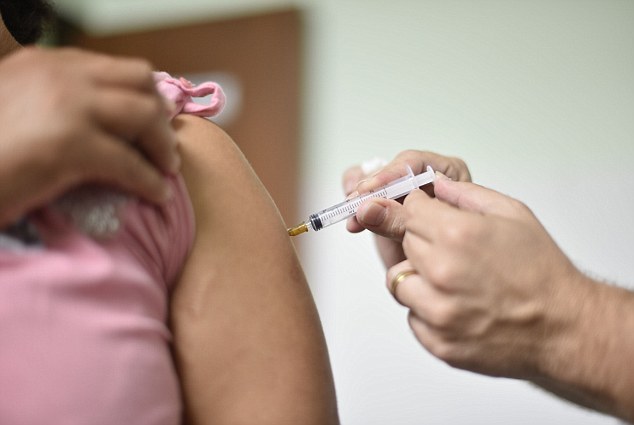 In a 2013-17 risk assessment, the WHO advised travelers get vaccinations if they were visiting all but eight Brazilian states – six in the northeast, along with Espirito Santo and Rio de Janeiro.

The WHO list now includes northern Rio de Janeiro and all of Espirito Santo, according to WHO guidance updated this week.

Brazil’s Health Ministry said Tuesday that since December, when the yellow fever outbreak was first detected, there have been 127 confirmed deaths, with another 106 under investigation.

Out of a total 1,500 suspected yellow fever cases, 371 have been confirmed, 966 are still being examined and the rest ruled out.

Worryingly, the number of suspected and confirmed cases is Brazil’s highest since 2000.

Vaccination against yellow fever fell in Brazil’s southeast in recent decades because the virus had in large part been eradicated from the region.

Now, though, the health ministry is rushing to vaccinate people, sending nearly 15 million extra doses to the newly affected areas.

It is often asymptomatic or mild in humans, but is deadly for monkeys.

A sharp increase in the number of dead monkeys found in Brazil’s southeast first raised alarm the virus is spreading, especially after a few confirmed cases in monkeys occurred near Belo Horizonte and Vitoria.

It is not yet clear what sparked the outbreak.

Brazil’s health officials are investigating whether it is related to a dam collapse in 2015 at an iron ore mine.

The accident, Brazil’s worst ever environmental disaster, could have disrupted monkeys’ habitat and food supplies.

Pregnant women infected with the Zika virus last year were 20 times more likely to bear children with birth defects than those who gave birth prior to the epidemic, US health officials said earlier this month.

Researchers for the US Centers for Disease Control and Prevention compared birth outcomes prior to the Zika epidemic’s outbreak in 2015 — using data from three US state registries — to those of mothers infected by the virus in 2016.

The defects included microcephaly — a crippling deformation that leads to babies having very small brains and heads — as well as poor cranial development, neural tube defects and other brain or eye abnormalities.

But in 2016 abnormalities were found in some 60 infants and fetuses per 1,000 when their pregnant mothers were infected by Zika.

Among infected women, the virus was also responsible for 48 percent of miscarriages and 66 percent of premature births, with fetuses frequently suffering from neural tube defects or other brain abnormalities in early stages of development.