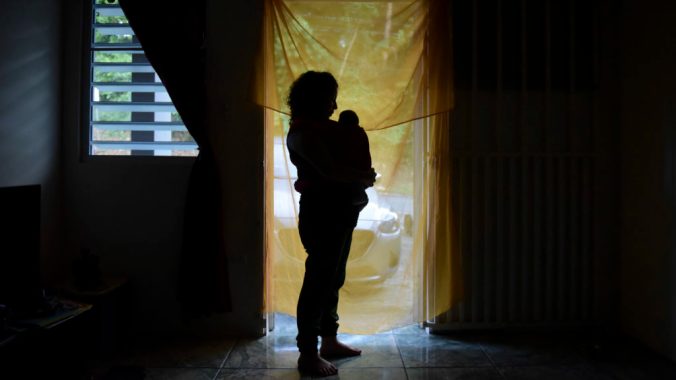 US health officials have privately expressed deep concern that Puerto Rico is downplaying the extent of its Zika problem and have struggled to get a grasp on the issue because of a protracted and ugly dispute with health officials in the territory, according to a document obtained by STAT.

The rift was so contentious that, at one point, health leaders in Puerto Rico refused to meet with their counterparts from the Centers for Disease Control and Prevention. The multipage document suggests that the dispute has obscured the extent of the territory’s Zika problem for more than half a year.

The focus of the dispute centers on Puerto Rico’s handling of a surveillance system set up to track pregnant women and identify infants and fetuses with Zika-related birth defects — and concerns that officials there are undercounting cases. The registry is called ZAPSS (the Zika Active Pregnancy Surveillance System) and the CDC awarded Puerto Rico’s Department of Health $9.5 million in grants to establish and operate it on the island.

But for a period of several months last year, the Puerto Rican official who was the principal investigator on the project declined to communicate with CDC authorities. He also demanded a written apology from a senior CDC figure who had questioned the work of Puerto Rican health authorities before he would resume communication and collaboration.

That Puerto Rican official, Dr. Miguel Valencia, became the gatekeeper of Zika birth defect information on the island, the document and people familiar with the situation suggested. The document indicated Valencia was seen as having disregarded the established case definition for identifying affected infants, giving staff different criteria to use — without clearing the change with the CDC.

“There is a large discrepancy between the number of cases identified by ZAPSS that meet CDC surveillance case definition and numbers reported by PRDH,” according to the document.

“Dr. Valencia reviews ultrasounds and directs data entry staff to enter information he has highlighted as important. It is unclear if his directions are consistent with mutually agreed upon [data] abstraction guidance and if all critical information is being entered in ZAPSS.”

The document, the outline of a CDC plan aimed at getting the collaboration back on track, recorded how the activity of the Puerto Rico Department of Health departed from the terms of the grant for the project.

It also reveals heightening tensions between Department of Health and CDC officials working on the surveillance system. At one point, the CDC’s team leader on the project was ordered to stop meeting with health department staff. At other points, Department of Health officials questioned the need for their CDC collaborators to travel to Puerto Rico for meetings, refusing to grant them permission to visit

Last October the CDC stopped posting Puerto Rico’s Zika data on the agency’s website. The only explanation it gave was that the territory was not using the same inclusion criteria to find cases.

CDC officials declined requests for interviews to address their concerns about the work in Puerto Rico. A spokeswoman said by email that the agency would not confirm that a “corrective action plan” was issued for the troubled surveillance program in the territory.

“CDC does not make public the details of corrective action plans or whether there is such a plan. We continue to work closely with US states and territories to ensure we are reporting Zika cases in pregnancy the same way in all jurisdictions and that affected babies are identified and linked to services,” the spokeswoman said. “Although we are making steady progress, this is an ongoing process.”

Valencia and other Department of Health officials in Puerto Rico did not respond to multiple requests for comment.

The unresolved dispute means women in Puerto Rico and their doctors have an incomplete picture of the risk posed by Zika to pregnancies on the island, where the virus is believed to have circulated widely. To date, the Department of Health has confirmed only 29 cases in which a baby born or a fetus lost had Zika-related birth defects.

In the United States, where far fewer people have been exposed to or infected by Zika, there have been 65 such cases. A recently published CDC study found that in cases in which maternal Zika infection was confirmed, 10 percent of the pregnancies resulted in birth defects in the child. When infection took place in the first trimester, the rate was 15 percent.

It’s impossible with publicly available data to calculate a similar rate for Puerto Rico, where many times more pregnant women have been infected.

Until late December, the health department released fortnightly ZAPSS reports that included a count of women who had been infected in pregnancy and then either given birth or had their pregnancy end — the denominator that would be needed to calculate a rate at which birth defects are occurring. But no reports since then appear on the Department of Health’s website.

A former US official familiar with the situation told STAT “dozens and dozens” of babies have been born in Puerto Rico with the types of birth defects that are suggestive of Zika infection, but were not registered in the ZAPSS database. “They’re kind of in denial about what the problem is,” the former official said.

On Aug. 8, Dr. Lyle Petersen, director of CDC’s division of vector-borne diseases, sent a formal letter to then territorial epidemiologist Brenda Rivera outlining concerns about the transparency, timeliness, and accuracy of Puerto Rico’s reporting, according to the document obtained by STAT.

Later, Valencia — a pediatrician and the director of the health department’s division for infants with special medical needs — demanded a formal apology from Petersen, refusing to meet with CDC staff or respond to email from them until he received one. It is not clear from the document what it was about Petersen’s letter that sparked his ire.

In mid-November, one of the CDC scientists on the project, Dr. Carrie Shapiro-Mendoza, received an email from Valencia instructing her to stop sending him meeting requests, according to the corrective action plan. “It seems to me that you are not aware of the agreement reached in which I will not be available to participate in any meeting with CDC ZAPSS staff until I receive a written apology from CDC,” he wrote.

Petersen wrote a second letter stressing the importance of the collaboration between the health department and CDC, but did not apologize.

Eventually the CDC asked the health department to replace Valencia as principal investigator on the ZAPSS project. It is not clear if that request was met, but Valencia appears to remain deeply involved in Puerto Rico’s efforts to determine how many infants on the island have Zika-related birth defects.

The ZAPSS surveillance system was designed to detect and diagnose cases employing the same criteria as the CDC was using to set up the US Zika Pregnancy Registry, which is tracking pregnancy outcomes of women in the 50 states who become infected. Synchronized systems allow for apples-to-apples comparisons and would likely generate more and better-quality findings.

CDC officials, who have been working to try to restore the collaboration with the Department of Health, have refused to specify how exactly the Puerto Rican case counting differs from that designed by the CDC. Earlier this month, Dr. Margaret Honein, head of the CDC’s birth defects branch, told STAT she could not talk about Puerto Rico’s data without their permission.

The goal of the US and Puerto Rico research was to cast a broad net to try to identify all possible cases of Zika-related birth defects, then to investigate further to confirm those suspicions. Under this approach a possible case might be ruled out if it was determined the birth defects were caused by something other than Zika.

Puerto Rican authorities appear to have taken a different tack.

Dr. Jose Cordero, who is working on a Zika study in Puerto Rico, said he recently attended a planning meeting in the territory and heard Valencia outline the case definition the health department is using.

“As I understand the conversations that I had with Dr. Valencia, he was going in the opposite direction [of the CDC] — that the child must have microcephaly before he’s considered to be affected,” Cordero told STAT.

That approach may be changing. A case definition for Zika birth defects was added to the Puerto Rico health department’s weekly Zika update on April 21 — one that is considerably broader than simply microcephaly. It says that cases also include other brain malformations and neural tube defects, as well as damage to the structure of the eye.

Researchers studying babies born to women who were infected in pregnancy have been describing a wide array of brain birth defects and related problems, of which microcephaly is the most visible but is not the most frequent. They include damaged or destroyed brain tissue, contracted limbs, seizure disorders, hearing loss or deafness, and reduced vision or blindness.

They warn the full extent of the devastation the virus wreaks in the womb won’t be known for years and fear that children born to infected mothers who don’t have obvious birth defects may have learning disorders that will only become evident as they get older.

Dr. Carmen Zorrilla, an OB-GYN in San Juan who also teaches at the University of Puerto Rico, said she is worried about the possibility that further Zika-related problems will manifest themselves as these babies grow older. She stressed it’s important to identify the children and follow their progress.

Zorrilla is not involved in the design or operation of the ZAPSS registry. She doesn’t know how many babies have been born on the island with Zika birth defects, but her own experience would suggest it is higher than the official figure.

At an international Zika conference in February, Zorrilla reported on 14 patients who had been infected with Zika, pregnant women whose ultrasounds showed their fetuses had birth defects linked to the virus. At the end of February, Puerto Rico was only reporting 12 cases of Zika birth defects.

Zorrilla chaffs at the lack of up-to-date data.

“I see pregnant women every day,” she said. “What am I to tell them?”