It is “spreading explosively” in the Americas and may be the next public health emergency. 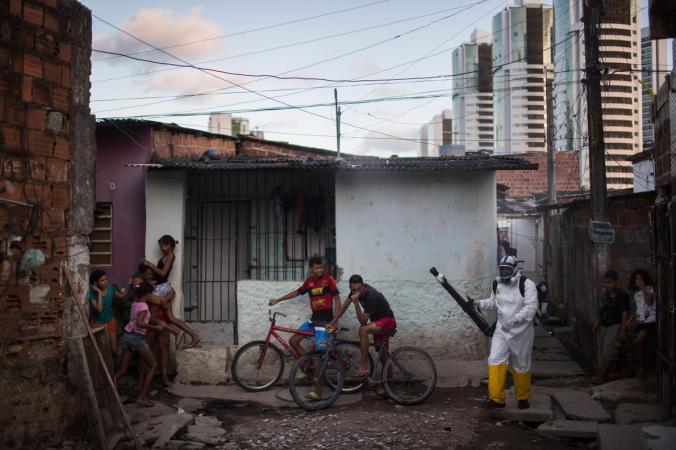 Young people shy away from a municipal worker who is spraying insecticide to kill mosquitoes that might carry the Zika virus in Recife, Brazil. On Thursday, the World Health Organization announced that it will form an emergency committee to combat the virus.
PHOTOGRAPH BY FELIPE DANA, ASSOCIATED PRESS

Scary new viruses emerge abruptly in our modern world, provoking stark headlines and demands for bold government action—but in most cases the causes are complex and have developed, unnoticed, over years or decades. That’s true again for Zika, a virus unknown to most people until recent days, and now suddenly the subject of somber warnings from the Centers for Disease Control and Prevention and the World Health Organization, which announced on Thursday that the virus is “spreading explosively.” The alarm stems from an epidemic of birth defects in Brazil, which may be linked with Zika virus infection of mothers during pregnancy. Amid this furor, it’s worth distinguishing fact from supposition and placing the Zika phenomenon in a broader context.

This virus was first isolated in Uganda in 1947, within a small enclave called Zika Forest, near the west shore of Lake Victoria, where researchers from the Rockefeller Foundation were studying yellow fever. Ironically, the earliest known victim of Zika virus infection in Africa was an Asian macaque—a rhesus monkey, set out in a cage in a treetop as bait for the mosquitoes that carry yellow fever virus. Instead of that virus, its blood yielded this new thing, dubbed Zika. The virus had never been seen before, but it had probably lurked chronically in African monkeys, or some other native reservoir, for millennia. The same virus later turned up, in the same forest, within mosquitoes of the Aedes genus, and those mosquitoes are now identified as vectors of Zika, transmitting the virus from host to host when they bite.

Eventually it was found infecting people, too, not just in Africa but also in Asia—from Senegal to Cambodia, in fact, a wide range throughout which Aedes mosquitoes reside. The symptoms, such as headache, fever, a rash, bloodshot eyes, were generally mild. Then, in 2007, Zika virus caused more than a hundred cases on Yap, a tiny island in the southwestern Pacific, having somehow gotten there from the Asian mainland. Aedes mosquitoes were present on Yap and passed the virus from one victim to another. But no one suffered badly enough to be hospitalized. Six years later, Zika emerged more dramatically in French Polynesia, sending an estimated 28,000 people (11 percent of the population) into medical care. Among 72 patients with severe neurological symptoms, 40 contracted Guillain-Barré syndrome, a dangerous autoimmune dysfunction, sometimes triggered by infection. That was the first signal that Zika virus infection could be dire.

The second signal came in April of last year, with a spate of Zika virus infections diagnosed in northeastern Brazil—a new location for the virus, on the South American mainland, and with a huge population of susceptible humans now within reach. Worse news came in October: a drastic increase in cases of microcephaly (smallness of head, linked to incomplete brain development) among infants born to mothers in the northeast. Amniotic fluid from at least two of those mothers contained evidence for the presence of Zika virus, suggesting (but not proving) the link between Zika and microcephaly. As the numbers rose further and anxiety grew, the WHO and the CDC issued warnings, and the WHO called a meeting for February 1, to consider proclaiming Zika a public health emergency. Alas, as we saw during the Ebola events of 2014, such a declaration doesn’t necessarily trigger a coordinated and efficacious international response.

This is a story of biogeography as well as medicine and public health, and of the consequences of human travel and transport. How did Zika virus get to Brazil? Possibly it traveled in the blood of athletes—when competitors from French Polynesia and other Pacific islands came to Rio de Janeiro, in August 2014, for the Va’a World Sprint Championship in outrigger canoeing. (Some commentators have wondered whether the 2014 World Cup in soccer brought Zika to Brazil, but that extravaganza included no teams from Pacific islands.) Still, bringing the virus was one thing; spreading it was another. 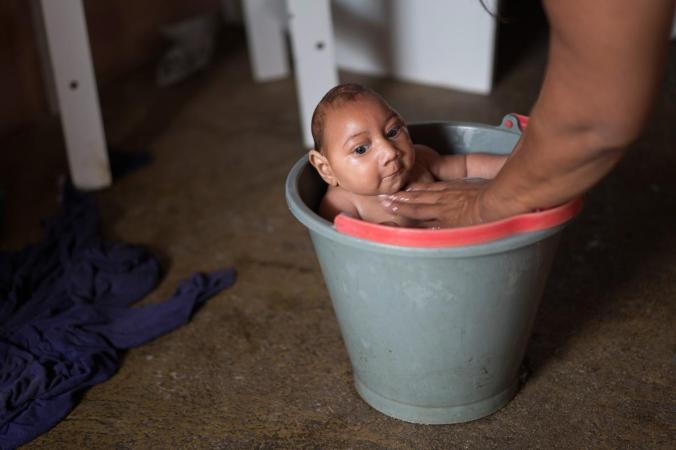 Vectors were necessary, for transmitting it from human to human. One competent mosquito (Aedes aegypti, commonly called the yellow fever mosquito) is an African creature that probably hitchhiked to the Americas on sailing ships at the time of the slave trade. Another, known as the Asian tiger mosquito (Aedes albopictus), arrived more recently, reaching not just South and Central America but also the southern United States, probably by way of egg-laden water amid shipments of used tires from Asia. If those mosquitoes hadn’t been transplanted by human activity, decades and centuries before Zika virus, then the virus itself couldn’t have taken hold here between the Pacific and Atlantic oceans.

What next? Urgent concern for all pregnant women, or women who may become pregnant, of course, not just in Brazil but throughout all the warmer zones of this hemisphere, wherever Aedes mosquitoes are present. The WHO has cautioned that Zika is likely to spread throughout the Americas, except for Canada and Chile. Additional cases of Zika virus infection have already occurred in Colombia, Venezuela, El Salvador, Mexico, and other South and Central American countries, and several of those countries, including El Salvador, Jamaica, and Colombia, have already advised women to delay pregnancy.

Zika infections carried by travelers have been brought back to Minnesota, New York, Hawaii (where a microcephalic baby was born), and other states in the U.S. The question about such cases, in the U.S. or elsewhere, is: Will infected people infect Aedes mosquitoes, who will infect other people? It’s big question, given that the Asian tiger mosquito is now also present across southern Europe, including much of Italy, and both the tiger mosquito and the yellow fever mosquito inhabit most Asian cities. By one account, more than half the humans on Earth live within areas infested by Aedes mosquitoes. Public health officials will need to be vigilant in reducing the opportunities—in the form of standing water near human habitations—for those mosquitoes to lay eggs that mature to adulthood. They will need also to be sensitive to social realities: You can’t simply tell poor, disempowered women without access to birth control means, “Don’t get pregnant.”

Bottom line: This is not something that is merely happening to us, a cosmic misfortune, a one-off event over which we must get up on our hind legs and howl at our governments for insufficient diligence. It is, on the contrary, a result of things we do as a modern society—traveling, transporting people and things speedily around the globe, having babies to the point where there are more than seven billion of us on this planet, so that we now represent an irresistible resource for any virus that can adapt to preying upon us—and it’s part of a longer, broader pattern. In 2012, MERS coronavirus emerged from Saudi Arabia, stirring our concerns. In 2014 it was Ebola, blazing out of West Africa in search of a larger host base. Next year it will be virus X, and the year after, virus Y. This year it is Zika.