Lawsuit is one of many against Monsanto, makers of Roundup

A Georgia farmer is now part of a lawsuit taking on the maker of one of the world’s most popular weed killers, saying the key ingredient in the product gave him cancer two decades ago — an illness that still impacts his life today.

Ricky McCombs is one of dozens of people suing Monsanto, the maker of Roundup. The active ingredient in the herbicide, glyphosate, was just placed on a list of cancer-causing chemicals by the state of California.  That decision is just the latest in a years-long controversy over whether Roundup is safe, as its maker claims it is. 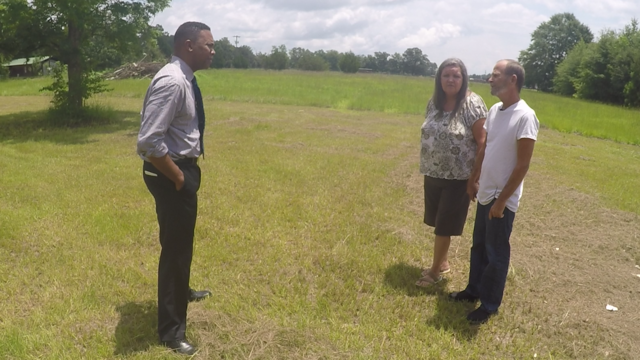 In 1993, McCombs and his wife Lucy bought a 9-acre farm in Screven, Ga., north of Nahunta. The property was overgrown with weeds, scrub oaks, and thorns. Ricky McCombs chose to use Roundup to kill the brush, and said it ended up trying to kill him.

“I started for no reason, severe night sweats, cold chills, and throwing up, and I couldn’t eat nothing,” he recalled.

In 1996, three years after Ricky McCombs started using Roundup, he was diagnosed with non-Hodgkin’s lymphoma, a form of cancer. The couple said they are 100 percent certain that Roundup caused his illness. 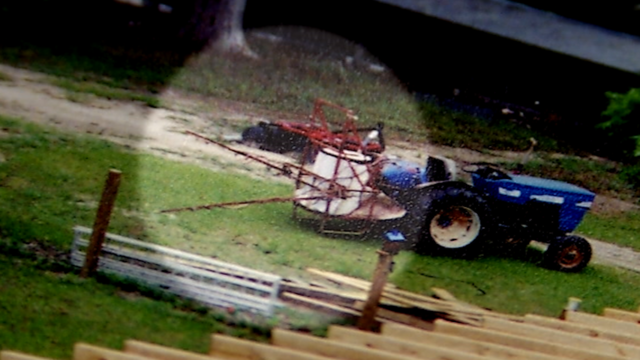 “It took anywhere from two to three hundred gallons at a time to spray this,” Ricky McCombs explained.  “Those little arms on the tractor, where they stand out, and there was little spray knobs, and they would get clogged up all the time, and you know, Roundup’s supposed to be so safe, I wasn’t worried about it, I’d just take the little spray tips off, blow them out, put them back on, and keep going.”

Looking back at photos from the mid-1990s, Lucy McCombs recalls the time when they were ready to move forward with farming. 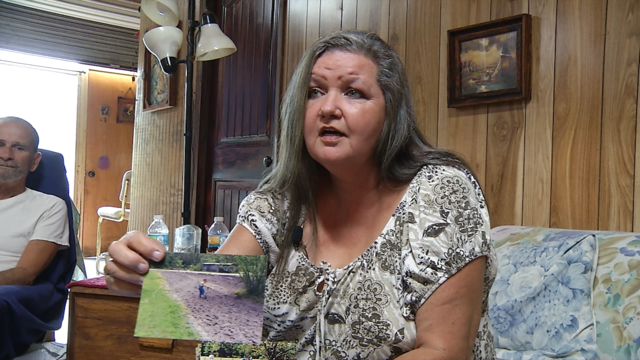 “This is finally after we got all the weeds out of the field, and were ready to break ground and, you know, start planting what we always dreamed of doing,” she said.

After two years of spraying Roundup, they were able to plant and harvest crops, and live off their land.

“We were planting corn and potatoes and tomatoes and okra, and green beans, and all kinds of field peas,” Lucy McCombs said. “I tried all the time to put every vegetable that I could in the freezer instead of buying it.”

But while the crops flourished, Ricky McCombs’ health declined. He lost his appetite, and doctors told him his spleen was the size of a football.

“They immediately had to take out his spleen, a five hour surgery, and from that point he lost all of his immune system,” his wife recalls.  She explained that he continues to get injections of intravenous immunoglobulin (IVIG) in order to bolster his immune system. 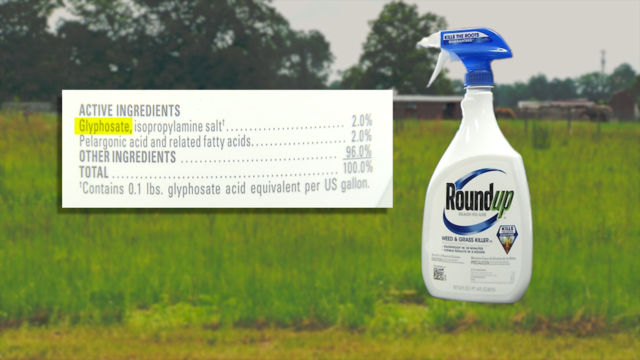 Roundup, with its active ingredient of glyphosate, has been on the market since 1974, marketed as a safe product that can kill weeds without killing crops.

“They said Roundup was safe enough to drink, said it was safer than table salt,” Ricky McCombs recalled.

In July 2015, the International Agency for Research on Cancer (IARC), which is part of the World Health Organization, published a report looking at five pesticides and possible links to cancer. Glyphosate, along with the insecticides malathion and diazinon were classified as “probably carcinogenic to humans.” Researchers based their findings on studies on exposure to glyphosate that had been published since 2001, and studies on laboratory animals.

Attorney Robin Greenwald is one of the lead attorneys representing McCombs and dozens of others in a lawsuit against Monsanto. The lawsuit states that none of the plaintiffs knew about a potential link between glyphosate and cancer until well after the IARC report in 2015. The I-TEAM asked Greenwald how they can be so sure Roundup was the cause of Ricky McCombs’ cancer, when doctors don’t know the cause of the cancer.

“There’s a lot of science that shows exposure of roundup caused non-Hodgkin’s lymphoma and then you look at other people’s risk factors and why the person is sick,” Greenwald responded.

The I-TEAM spoke with toxicology experts at Florida’s Poison Control Center to find out just how concerned Roundup users should be. 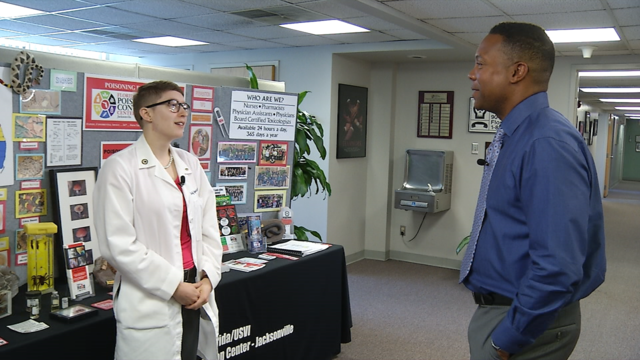 “I can say when used appropriately the toxicity is pretty minimal,” said Dr. Emily Jaynes Winograd. She explained that if Roundup is ingested, it can cause mouth irritation, throat irritation, nausea, or vomiting, and prolonged skin exposure can lead to skin irritation.

“There’s data in animals that glyphosate can cause cancer and there’s also in vitro data, which means basically in a test tube they’ve done some tests that suggest a cancer causing possibility, but there is not really strong evidence in humans at this time,” Winograd explained.

The I-TEAM reached out to Monsanto for comment about the lawsuit, and the company responded with a statement:

“We empathize with anyone facing cancer. We can also confidently say that glyphosate is not the cause. No regulatory agency in the world considers glyphosate a carcinogen. Still, plaintiffs’ attorneys in the United States have been soliciting plaintiffs for potential lawsuits since an ad hoc working group called IARC incorrectly classified glyphosate. These attorneys are attempting to tie the IARC classification to individual cases of cancer, and they have been running advertisements to recruit plaintiffs. These lawsuits have no merit. IARC’s classification is inconsistent with the overwhelming consensus of regulatory authorities and other experts around the world, who have assessed all the studies examined by IARC – and many more.”

Glyphosate determined to be cancer-causing by California

Glyphosate was officially added to the list on July 7, although the state is still trying to determine what level of exposure should require a warning to be posted.