John Langdell said he had some unexpected visitors in his hotel in Whitehorse. An American tourist on a motorcycle trip with his friends, he said he was bitten by bedbugs in his hotel.

“The first night, I thought I’d been bitten by a mosquito, I had a couple of bites on my hands and my arms,” said Langdell. He said they swelled to be about the size of a dime.

“The next night I got bit even worse. Boy, they itch like crazy.”

He said he wasn’t sure what the bites were from, mosquito, spider or bedbug. But he has since spoken to a doctor who told him they were bedbug bites.

Despite the bites sticking around for a week, he said, Langdell wasn’t put off by Whitehorse. For him, those creepy, crawly hitchhikers are almost anticipated while travelling. 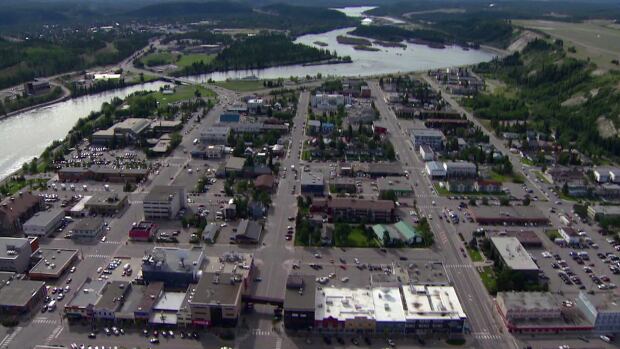 A recent visitor to Whitehorse reports he was bitten by bedbugs at a hotel in the city. (CBC)

“It’s just one of those things that happens,” he said, “part of travelling, and you can’t really avoid it.”

The summer months are the peak for spread of bedbugs, explained Whitehorse exterminator Nolan Newman with Orkin pest control.

With many people travelling, he said there is a greater chance of someone staying in a place that has bedbugs, and picking up bedbugs unknowingly.

“A lot of people when they check into a hotel, the first thing they do is throw their luggage on the bed and they leave their clothing around the bed,” said Newman.

“Bedbugs are very attracted to body odours and they will crawl into the clothing or into the suitcase.”

It isn’t just hotels that are grappling with this pest. They even crawl their way into private residences.

Arthur Johnston said his downtown apartment building has an infestation of bedbugs.

“For the last two months now I haven’t been able to stay there at all due to my little bedbug buddies,” said Johnston.

Though he is still paying rent, Johnston said he has been living elsewhere due to the bugs. The landlord of the building said they have spent thousands of dollars dealing with bedbugs.

Not a public health concern

Despite the fact that they make just about everyone feel itchy just to mention them, bedbugs are not actually considered a health concern, explained Craig Vanlankveld, a public health officer with Yukon’s  Environmental Health Services.

Bedbugs have not been known to transfer diseases, so they are considered a nuisance rather than a public health issue, he said.

Because of this, cases of bedbugs are not officially tracked. According to Shane Hickey with the Residential Tenancy Office, the responsibility typically falls to the landlord or property owner to deal with the bedbugs, and pest control companies like Orkin are the go-to to get rid of them.

While there are some acute cases of bedbugs in the city, Newman said this year has fewer than previous years.

“We’ve had some cases where we do almost daily calls for bedbugs,” said Newman. He says Orkin is currently receiving a couple of calls a week in Whitehorse about bedbugs.

“This year hasn’t been too bad.”