‘The Secret Life of Zika Virus’ traces what we know about a virus that causes minor illness in adults but horrendous malformations in babies. 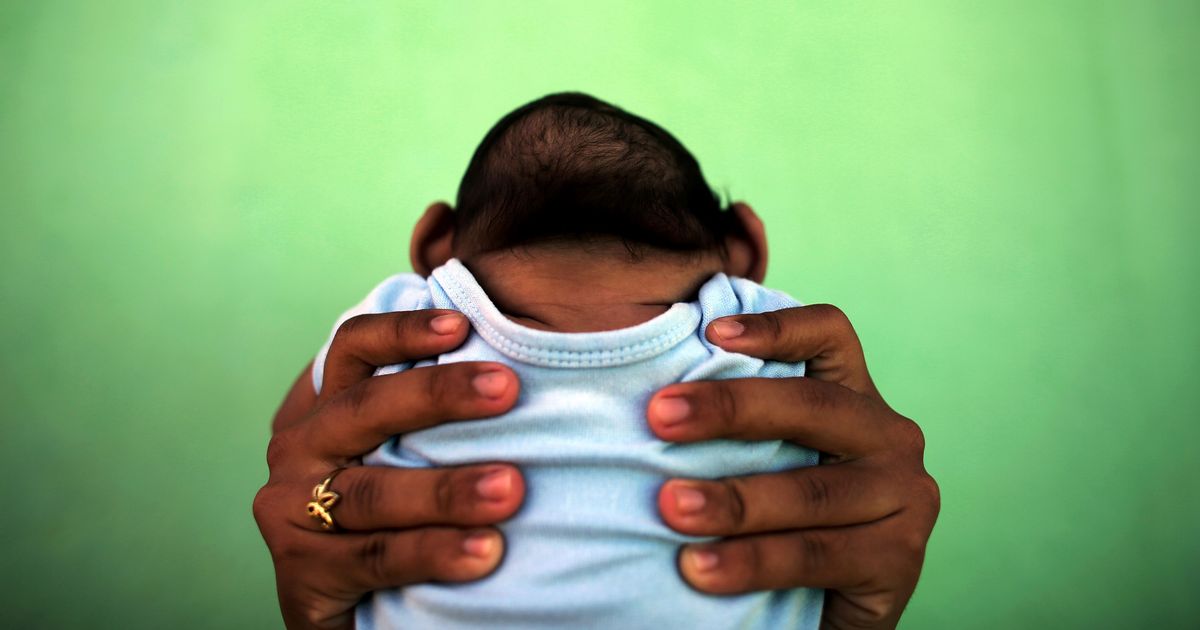 A baby with microcephaly is held by his mother in front of their house in Olinda. | Nacho Doce/Reuters

The story of the European baby is pretty well known by now.

It is, really, the mother’s story.

It is the archetypal story of Zika Virus infection, valued for its completeness and attention to clinical detail.

To this young mother we owe our most complete understanding of the disease. She showed great strength and resolve in looking beyond her own suffering, and willingly offered its painful details to public scrutiny. Convention demands that she remain nameless, but I’ll call her Nadya, which means hope.

In February 2015, Nadya, then twenty-five, discovered she was pregnant. Nadya was a volunteer in Natal, the capital of Rio Grande do Norte, a state in northeastern Brazil.

In the thirteenth week of pregnancy, she fell ill. She developed high fever and pain in her joints and behind the eyes. Soon she noticed a rash as well—a flat reddish coalescing itchy eruption.

Nadya wasn’t surprised. Many of her neighbours had similar symptoms of fever and rash. Natal was in the grip of Zika Virus Fever.

In her seventh month of pregnancy, Nadya returned home to Ljubljana, Slovenia.

In Ljubljana, Nadya registered for antenatal care, and as part of the initial workup, underwent sonography again.

This sonogram was worrying. What was happening within the baby’s head?

A constellation of calcific spots stippled the brain. In addition, the ventricles – the brain’s cavities through which nourishing cerebrospinal fluid circulate – were dilated.

This could mean brain damage.

The wait was agonizing, but there was no way to know for certain just then how bad it could be. The baby grew sluggish; it didn’t kick as often as before.

Three weeks later, when the sonogram was repeated, Nadya learned the worst.

Her baby had an abnormally small head and a severely damaged brain.

Nadya’s own body told her she was carrying a baby that was no longer very active. It had poor chances of survival. Its physical condition was tenuous given the evidence of growth retardation. If it did survive, its mental and intellectual abilities would be severely impaired.

Nadya made the decision to terminate her pregnancy. The pregnancy was terminated at thirty-two weeks. Nadya volunteered all the information needed to build a genetic profile. There was no record of disease or birth defects or heritable illnesses in her family.

She also permitted an autopsy on the foetus.

The story of the other baby has not yet been told.

Her mother, Asha, lived in my neighbourhood. In the most crowded part of India’s busiest city. Like Nadya, Asha too was twenty-five. This was her third pregnancy.

Asha worked an eight-hour job as a maid throughout her pregnancy. Antenatal care? She had seen the doctor to confirm her pregnancy and book a bed for delivery. She hadn’t given it another thought until the baby stopped kicking.

That was worrying. She endured the day at work somehow, telling herself all she needed was an hour of quiet and the baby would feel right again.

The day dragged on, the children were fractious, her bickering sister-in-law was spoiling for a fight, and the tap ran dry a full hour ahead of stipulated time.

Her husband Manoj came home later than usual. After putting the children to bed, Asha ate her dinner on the fly as she washed and cleaned. It was only when she got to bed that she faced her anxiety.

The baby hadn’t moved, not once, all day.

Manoj was already asleep, it would be cruel to wake him with her worries.

In the morning, she told him they would have to see the doctor.

‘Three weeks early. But it hasn’t kicked since yesterday.”

Manoj felt her belly anxiously. She laughed at the fear in his eyes. “Don’t worry, everything’s just fine.”

The obstetrician called a paediatrician when she noticed the baby’s abnormal head.

Nobody asked for an autopsy.

“What killed the baby?” Manoj asked. “Was it because Asha worked through her pregnancy? She wasn’t sick.”

“What did I do wrong?” Asha asked.

The doctor said, “It just happens sometimes. Too late now to do anything about it. But next time… There should be no next time. Two children are enough for you.”