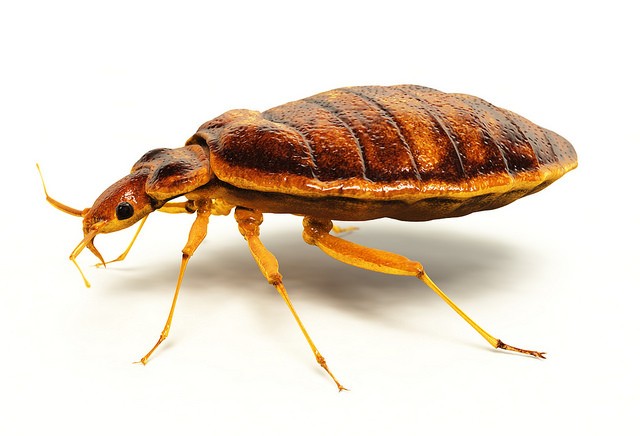 St. Louisans, on the whole, are a hardy, resilient bunch.

We’ve grown used to topping every list ranking murders per capita year after year. We let out a collective and audible sigh last month when CNBC put the state in which we are nestled at number five on its list of the worst states in the whole country. We winced in pain and mortified embarrassment when the NAACP issued a travel warning for all of Missouri — the first such advisory ever issued by the organization. We are well aware that the nuclear waste buried in north St. Louis county will surely one day destroy us all.

But now, on top of all that, we have a new scourge to contend with: fucking bed bugs.

According to a release by Terminix, a pest control company that operates throughout the U.S., St. Louis comes in at number sixteen on its top twenty cities for bed bug infestations. (Cleveland earned the top slot.)

Terminix came to this conclusion by compiling service data from its branches across the country. Those cities on the list reportedly made the largest number of service calls for bed bugs over the period between January 1 and June 30.

Detroit, which is something of our sister city in these kinds of doom-and-gloom rankings, also made the list, but so did supposedly more livable cities including Denver, Las Vegas, Houston and San Diego. Even Washington D.C. is on there (and at thirteen, is decidedly itchier than we are).

“Bed bugs are notoriously difficult to eradicate,” Paul Curtis, director of technical services at Terminix, says in a statement. “And they can travel to new locations very easily — hitching a ride on clothing, handbags, suitcases and taxis, which can create substantial infestations in no time.”

The company says that bed bug infestations have spiked significantly in the last couple of decades, and researchers are unsure of the exact cause. Insecticide resistance and increased international travel are thought to be contributing factors.

Worse still, the little buggers can be difficult to eliminate once they’ve settled in — and they’re exceptionally good at hiding. From the statement:

Without the help of a professional, bed bugs can hide undetected for months. Signs of an infestation include reddish-brown blood spots on sheets or mattresses, a strong musty odor, or sightings of the pests themselves, which are the size, shape and color of an apple seed. Home or business owners who suspect a bed bug problem should contact a pest control company as soon as possible to schedule an inspection.

And while your house is being bug-bombed, we’d also recommend reminding yourself about the good things this beleaguered town of ours has to offer. Maybe stop by Ted Drewes and treat yourself to some frozen custard. Maybe soothe your ceaseless itching by slathering the cold stuff all over your body.

It is, after all, the best ice cream in the world. At least we still got that going for us.