Tropical diseases — some of them never before seen in the United States — are marching northward as climate change lets mosquitoes and ticks expand their ranges.

But that does not mean that epidemics will break out, scientists say. Whether a few cases explode into a full-fledged outbreak depends on a set of factors far more complex than the weather.

The list of scary bug-borne illnesses seems to get longer every year: Lyme, West Nile, Chagas, dengue, chikungunya — and now Zika, the first case of which turned up in Puerto Rico last week.

Some factors in the new spread are, for now, unstoppable, scientists say: the weather is hotter; cheap airfares mean humans travel more than they did decades ago; and cities in tropical countries are becoming more crowded, creating nurseries for each disease.

But other factors can be manipulated to stop outbreaks: insects can be killed; patients can be cured before they are bitten again; vaccines can be developed; and simple measures like screens, air-conditioning and bug spray can play big roles.

Brazil is now in a panic over Zika, a mosquito-borne virus that may be causing thousands of babies to be born with tiny heads and brains, a defect called microcephaly.

Until May, Zika had never touched this hemisphere except on Easter Island, 2,200 miles off the Chilean coast. Now it circulates in 14 Latin American or Caribbean countries and Puerto Rico.

Early last month, an official from the Centers for Disease Control and Preventionpredicted that Zika would follow the pattern in the United States that dengue has: many cases in Puerto Rico, followed by outbreaks in Florida, Gulf Coast states and maybe Hawaii.

But the C.D.C. is unwilling to predict the aftermath, including whether all outbreaks will be snuffed out before any babies will suffer.

“Information is pretty limited,” Dr. Erin Staples, a C.D.C. epidemiologist for vector-borne diseases, said of Brazil’s outbreak. “There hasn’t been enough testing for Zika, so it’s not known how many women have been infected.”

Prominent virologists say Zika plays a role in microcephaly but they are not sure it is the only cause; it may depend, for example, on whether the mother was previously infected with dengue, a related virus.

How far the infection can spread in the United States will depend on whether the Asian tiger mosquito, Aedes albopictus, turns out to transmit it as efficiently as Aedes aegypti, the yellow fever mosquito.

The yellow fever mosquito is not usually seen much farther north than Washington, D.C., and Kentucky, but the chill-tolerant Asian tiger is sometimes found as far north as New York and Chicago.

Pest control will also be crucial. Florida’s two dengue outbreaks — in Key West in 2010 and in Martin County in 2013 — were stopped by aggressive anti-mosquito measures, including aerial spraying, larvicide in ponds and neighborhood sweeps for containers that hold water.

Zika’s arrival in this hemisphere only one year after chikungunya is “probably a coincidence,” said Scott C. Weaver, the director of the Institute for Human Infections and Immunity at the University of Texas Medical Branch in Galveston.

Both outbreaks demonstrate that illnesses do not inevitably follow weather patterns. They often follow linguistic or ethnic ones.

In this hemisphere, chikungunya was first seen in late 2013 on the island of St. Martin. It started on the island’s French-speaking half and jumped to other Francophone islands and to French Guiana, Dr. Staples said.

Zika arrived on Easter Island in 2014. Although the island is Chilean territory, its original population was Polynesian. Zika has been island-hopping in the South Pacific since 2007.

Easter Island holds an annual festival that attracts Polynesians, who may have brought Zika with them. The virus probably reached Brazil by a different route, via the influx of tourists during the 2014 World Cup, or paddlers from French Polynesia who participated in a canoe race in Rio de Janeiro.

West Nile, which appeared in this hemisphere in 1999, famously exemplifies a virus moving independent of climate change.

The outbreak began in New York City, and the strain was 99 percent identical to an Israeli one, so many virologists believe it arrived in the blood of someone on a plane. The first cases were in Queens, home to Kennedy International Airport, so the virus might also have been hiding in a stowaway mosquito or, less likely, a bird.

West Nile spread slowly west, halting each winter as mosquitoes died off and the birds they fed on flew south. It took till 2005 to reach the Pacific Northwest. 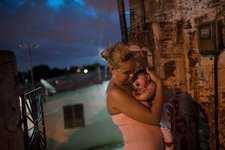 Short Answers to Hard Questions About Zika Virus Why scientists are worried about the growing epidemic and its effects on pregnant women, and how to avoid the infection.

Mosquito-borne pathogens are not the only ones on the move.

Ticks can carry more than 30 diseases, and some, including Rocky Mountain spotted fever, can be fatal. That infection, once banished from northern Mexico, is surging again and moving up into Arizona for the first time, according to Gerardo Alvarez, an epidemiologist at the University of Sonora.

Children, especially those who sleep beside dogs, are the hardest hit, and some Indian reservations in Arizona have held “rodeos” of the semiferal dogs that roam from house to house, putting tick collars on them.

Elsewhere in the United States, the Gulf Coast tick is expanding north, and other species that carry a combined 18 infectious bacteria are being found in new places.

The importance of living conditions and medical treatment is exemplified by malaria. It once was widespread in the South and ranged as far north as Boston in hot summers.

In this age of jet travel, almost 2,000 Americans return from overseas with malaria each year. But outbreaks do not occur because the victims are usually treated quickly, killing the parasites in their blood.

Further, most American homes have screens and air-conditioning, so their inhabitants get only a few bites a year, not the hundreds that a poor child living in a windowless shack in Rio or Mexico City might.

Zika’s passage through the United States should be easier to follow than it was in Brazil, Dr. Weaver said.

Many Brazilians have had dengue or have been vaccinated against yellow fever. They have antibodies in their blood that cause false positive results on tests for Zika virus.

Very few Americans have those antibodies, so testing should be more effective. On the other hand, Zika produces symptoms like fever and rash far less often than dengue does, so it may be spread by silent carriers who feel well.

In 2009, Dr. Weaver was a co-author of a paper that foresaw the emergence of Zika virus in the Americas, although he envisioned Japanese encephalitis and Rift Valley fever as the greatest threats. He ranked Zika in the “also keep an eye on” category, with yellow fever and Mayaro virus.

“Zika may have changed in the past decade,” he said. “It might have increased its transmissibility in Aedes aegypti or its ability to build up to high levels in the human bloodstream.”

“In the scientific community, it caught many of us by surprise,” he added. “Before 2007, Zika was pretty obscure.”