As scary as they may seem most bugs are harmless. But it’s reasonable to be afraid of the bug called “kissing bugs.” That sounds quite friendly, doesn’t it? But they’re also known as: “The Assassin Bug.” They live under porches, in cracks between walls, under rocks, under cement, in forested areas, or in outdoor dog houses or chicken coups.

They can cause the spread of a highly dangerous disease called American Trypanosomiasis, or “Chagas Disease.” 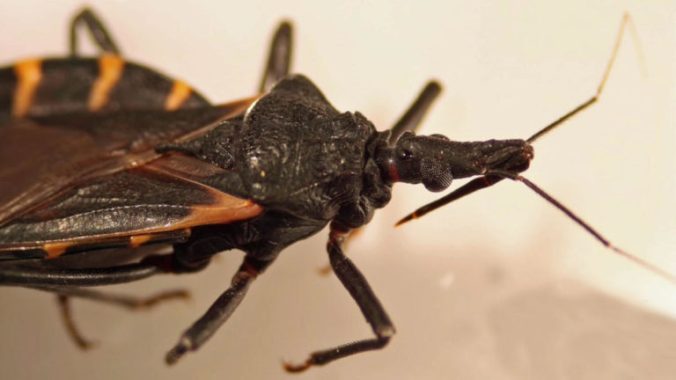 A parasite known as Trypanosoma Cruzi causes “Chagas Disease.” “Kissing Bug” carries this parasite. It feeds with blood around the eyes and mouth of a pet while they are sleeping.

Transmission occurs when the fecal material gets rubbed into the bite wound or into a mucous membrane. Dogs also can get diseased by eating the bugs.

Chagas disease is known as the “silent killer” because it can be diagnosed only in later stages, only after it attacks the heart muscles and eventually causes heart failure.

Symptoms include massive swelling of the eyelids and even anaphylactic shock, which can cause asphyxiation and eventually death. At first, the symptoms can be same as they are for flu.

But eventually, they will become more painful.

They are in every southern state in America, and most Midwestern states. These bugs often bite unsuspecting children who play by wooded areas.