“Kissing bugs” can be deadly — or just really itchy. Here’s what you need to know now that it’s summer: 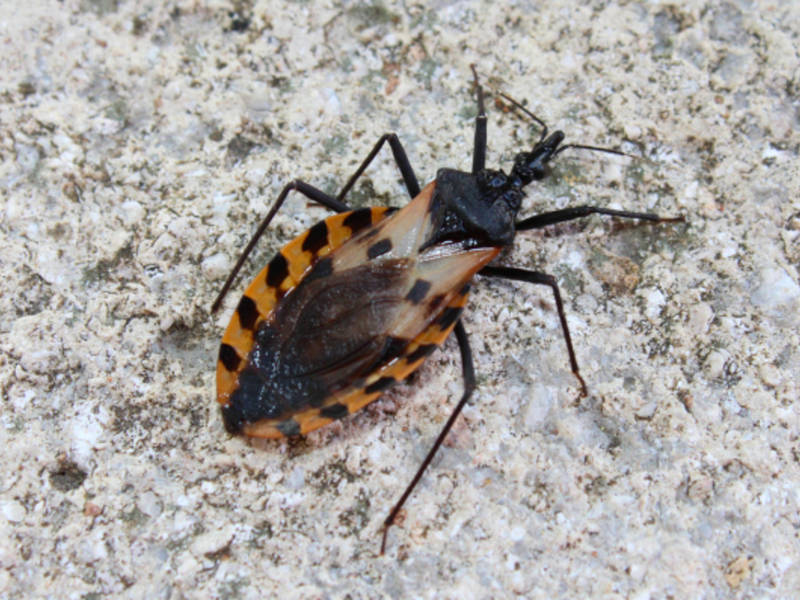 No one needs to tell Jennifer Bankston how excruciatingly painful it is to be bitten by the “kissing bug,” a bloodsucking parasite found in more than half of the United States that carries Chagas, a sometimes inflammatory infectious disease.

The mostly nocturnal parasite Trypanosoma cruzi has been found in 28 U.S. states, including in Pennsylvania.

Bankston was sitting on her deck in Texas in mid-June and didn’t realize the insidious insect was lurking beneath until her legs began to itch. When she stood, she saw them between the cracks of the deck boards. The bugs hide in places like that, according to the federal Centers for Disease Control and Prevention.

Kissing bugs live up to their nasty reputation, according to Bankston, who told the San Angelo Standard-Times that she was bitten 11 times on one leg and 10 on the other. The horrific itch is beginning to go away, but it’s been a miserable few weeks.

“The experience has been awful, and I really hope that others can be made aware of how bad these kissing bugs really are,” Bankston told the newspaper.

The itching persisted for several days and her feet began to swell. Her doctor gave her a steroid shot to control the swelling, antibiotics and a corticosteroid cream to apply to the bites. She told the Standard-Times she slathered calamine lotion on her legs and wrapped them in gauze so she could sleep — which provided “awesome” relief from the itching, she said.

Preliminary blood tests showed Bankston doesn’t have Chagas, but she was waiting for the results of another lab work to confirm it. Chagas can be deadly for babies, people with immune deficiencies and puppies.

“It’s been so scary,” Bankston said. “If I did have this (Chagas disease), the only way the doctor could get me medicine is through the CDC. It could not be gotten from the pharmacy.

“People need to get rid of those bugs. They may be called kissing bugs, but they are dangerous.”

All that said, it’s really not that easy to get Chagas from a triatomine bug, the CDC says.

Here’s why: The parasite is found in the bug feces, and infection typically occurs when the bug defecates on or near a person while feeding on his or her blood, typically when someone is sleeping. The fecal material gets rubbed into the bite wound or into the eye or mouth, and that’s how the parasite enters the body.

Also, the CDC said, not all triatomine bugs are infected with the Chagas-causing parasite.

“The likelihood of getting Chagas disease from a triatomine bug in the United States is low, even if the bug is infected,” the CDC says.

Here are five things to know about kissing bugs and Chagas disease:

1. The CDC says Chagas disease has both an acute and chronic phase. The infection is lifelong if left untreated.

The acute phase immediately after infection may last weeks or months. Symptoms can be mild — including a fever, swelling of the area where parasite entered the skin and, in rare instances, a severe inflammation of the heart or muscle, brain and lining around the brain — or not may not exist at all.

Once the acute phase is over, most people enter a prolonged asymptomatic form of the disease known as “chronic intermediate.” During this phase, no parasites are found in the blood and most people aren’t aware they have the disease.

Most people remain asymptomatic for life and never develop Chagas-related symptoms, but 20 percent to 30 percent of infected people develop debilitating and sometimes life-threatening medical problems over the course of their lives, the CDC said. These complications include:

2. Triatomine bugs — besides kissing bugs, they’re also known as reduviid bugs, cone-nosed bugs and blood suckers — are found in a variety of outdoor settings, including:

3. In Latin America, where human Chagas disease is considered an important public health problem, the primarily nocturnal insects are found in cracks and holes in substandard housing. But in the U.S., most indoor structures are built with plastered walls and sealed entryways to prevent insect and varmint infestations. However, the CDC says some immature stages of the bug (wingless, smaller nymphs) inside may be an indication of infestation. When the bugs are found inside, they are likely to be in one of the following settings:

4. Chemical deterrents have been used in Latin America to control infestations, but no similar chemicals have been approved for use in the United States. The CDC says a licensed pest-control operator should be consulted if considering the use of insecticides. “Roach hotels” or other bait formulations do not work against triatomine bugs. Long lasting insecticide-treated bednets and curtains have been shown to kill these bugs. Other precautions to prevent house infestation include:

5. There are multiple look-alikes, including some non-triatomine reduviid bugs, that don’t feed on human blood. They include the wheel bug and the western corsair. Some plant-feeding bugs, such as the leaf-footed bug, also resemble the triatomine. If you are unsure if the bug you’ve found is a triatomine, you may wish to consult with an expert, such as an entomologist for clarification.

This photo shows the different stages of the triatomine bug:

Here’s a map of the states where the kissing bugs have been found: