So they awarded him $289 million in damages — mostly to punish the agricultural company Monsanto.
Dewayne Johnson’s victory Friday could set a massive precedent for thousands of other cases claiming Monsanto’s famous herbicide causes non-Hodgkin’s lymphoma.
Johnson’s case was the first to go to trial because doctors said he was near death. And in California, dying plaintiffs can be granted expedited trials. 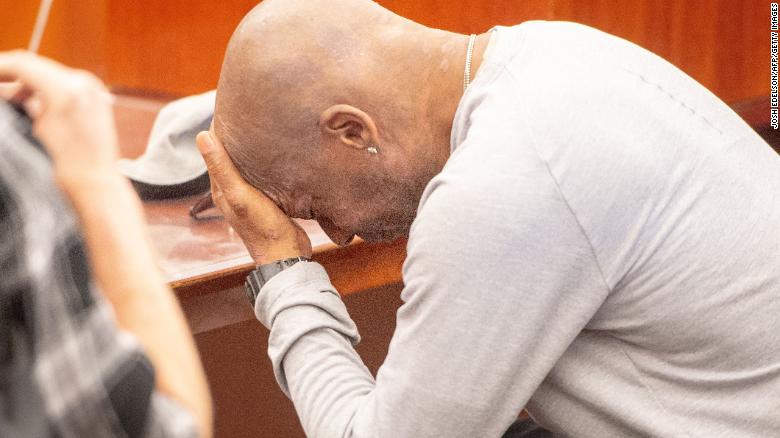 Dewayne Johnson reacts after hearing the verdict in a California superior court.
CNN reported last year that more than 800 patients were suing Monsanto, claiming Roundup gave them cancer.
Since then, hundreds more plaintiffs — including cancer patients, their spouses or their estates — have also sued Monsanto, making similar claims.
After three days of deliberations this week, the jury at the Superior Court of California in San Francisco awarded Johnson $250 million in punitive damages and about $39 million in compensatory damages.
It won’t change the fact that Johnson’s two sons might lose their dad soon. But it will help them live more comfortably, Johnson’s attorney Timothy Litzenburg said. 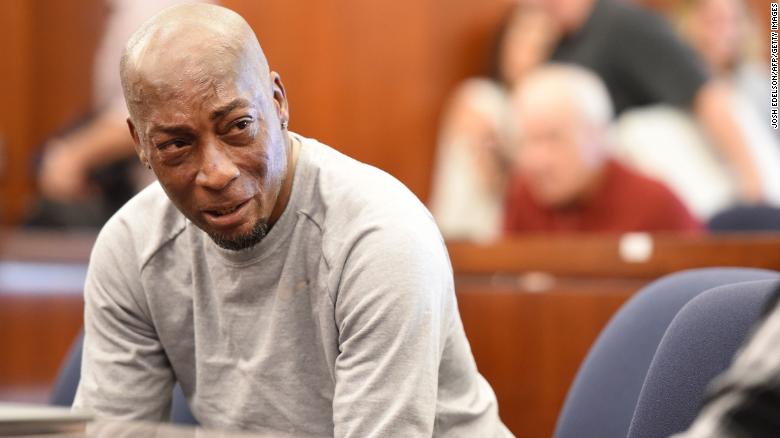 Doctors weren’t sure Johnson would live long enough to see his trial.
“He’s going to live the rest of that time in extreme comfort,” Litzenburg said.
After the verdict, Monsanto issued a statement saying it stands by the studies that suggest Roundup does not cause cancer.
“We will appeal this decision and continue to vigorously defend this product, which has a 40-year history of safe use and continues to be a vital, effective and safe tool for farmers and others,” Monsanto Vice President Scott Partridge said.
But Litzenburg said an appeal would be costly for Monsanto, since the company would have to pay interest on the damages while the case is being appealed. That’s about $25 million a year, he said.

Lesions on much of his body

Johnson, 46, applied Roundup weedkiller 20 to 30 times per year while working as a groundskeeper for a school district near San Francisco, his attorneys said.
He testified that during his work, he had two accidents in which he was soaked with the product. The first accident happened in 2012.
Two years later, in 2014, he was diagnosed with non-Hodgkin’s lymphoma.
On bad days, Johnson is too crippled to speak. Lesions cover as much as 80% of his body. 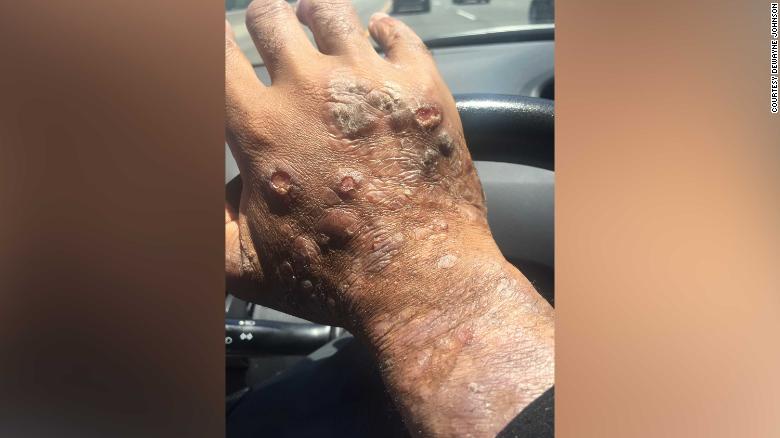 Johnson had lesions on most of his body, a doctor said.
Litzenburg said the most heartbreaking part of Johnson’s testimony was when the father of two described telling his sons that he had terminal cancer. Johnson’s wife now works two 40-hour-per-week jobs to support the family, Litzenburg said.

How carcinogenic (or not) are Roundup and glyphosate?

The big questions at stake were whether Roundup can cause cancer and, if so, whether Monsanto failed to warn consumers about the product’s cancer risk. The jury sided with Johnson on both.
In March 2015, the World Health Organization’s International Agency for Research on Cancer (IARC) said the key ingredient in Roundup, glyphosate, is “probably carcinogenic to humans.”
“For the herbicide glyphosate, there was limited evidence of carcinogenicity in humans for non-Hodgkin lymphoma,” the report states.
But Monsanto has long maintained that Roundup does not cause cancer, and that the IARC report is greatly outnumbered by studies saying glyphosate is safe.
“More than 800 scientific studies, the US EPA, the National Institutes of Health and regulators around the world have concluded that glyphosate is safe for use and does not cause cancer,” said Partridge, Monsanto’s vice president of strategy.
He highlighted the Agricultural Health Study, which studied the effects of pesticides and glyphosate products on farmers and their spouses from 1993 to 2013.
“Many had already been using Roundup and other formulated products (since) it first came on the market,” Partridge said.
A summary of that study said “no association was apparent between glyphosate and any solid tumors or lymphoid malignancies overall, including NHL (non-Hodgkin’s lymphoma).”
“We all have sympathy for Mr. Johnson,” Partridge said this week. “It’s natural he’s looking for answers. Glyphosate is not the answer.” 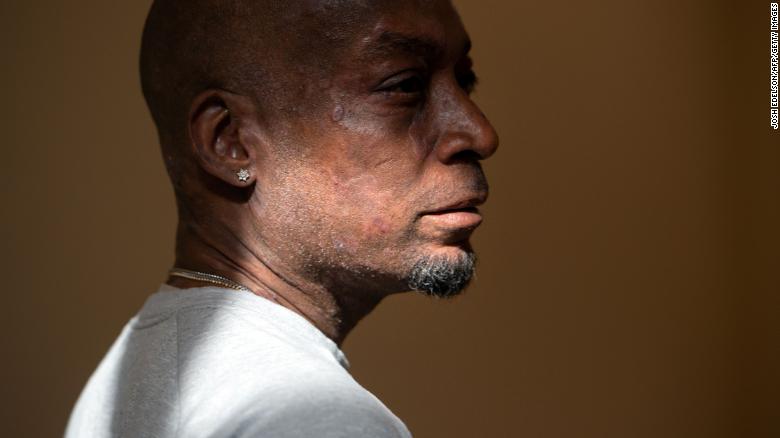 Johnson watches in court as the first cancer patient to take Monsanto to trial over Roundup.
But Litzenburg said glyphosate isn’t the big problem — Roundup is. He said the interaction between glyphosate and other ingredients in Roundup cause a “synergistic effect” that makes the product more carcinogenic.
Monsanto spokeswoman Charla Lord disputed that notion, saying regulatory authorities help ensure Roundup as a whole is safe.
“The safety of each labeled use of a pesticide formulation must be evaluated and approved by regulatory authorities before it is authorized for sale,” she said.
But Litzenburg said Friday’s verdict should be a huge wake-up call to the EPA.
Cancer patients claim an EPA official tried to help Monsanto
“I think it’s going to make people sit up and make government agencies take a closer look at banning (Roundup),” Litzenburg said.

What did Johnson have to prove? 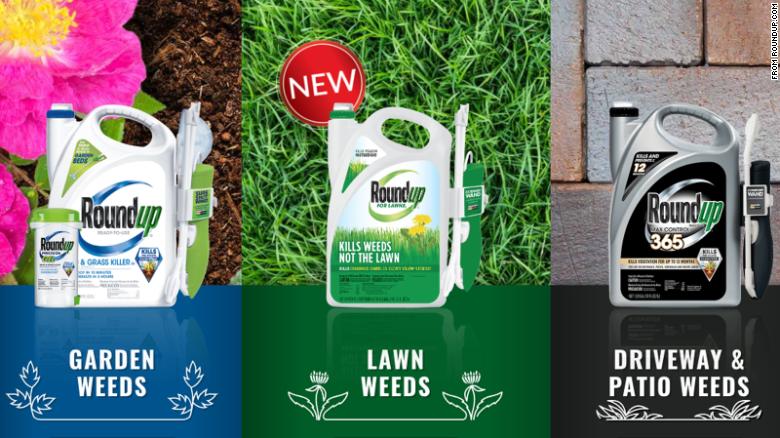 Thousands of other plaintiffs are awaiting trial, claiming Roundup causes cancer.
“Cancer is a very difficult case to try,” Litzenburg said. “You can’t X-ray it or biopsy it and come back with what caused it.”
In this case, Monsanto was not required to prove anything. The burden of proof was on Johnson, the plaintiff.
But that doesn’t mean Johnson’s attorneys had to prove Roundup was the sole cause of his cancer. All they had to prove was whether Roundup was a “substantial contributing factor” to his illness.
“Under California law, that means Mr. Johnson’s cancer would not have occurred but for his exposure to Roundup,” Monsanto spokeswoman Lord said.
She noted that it’s possible his cancer could have developed from something unrelated to Roundup.
The majority of lymphoma cases are idiopathic — meaning the cause is unknown, according to the American Cancer Society.
Litzenburg agreed that most non-Hodgkin’s lymphoma cases have not been linked to one primary reason in the past. But he said the tide is starting to turn — similar to how it took decades for people to learn that tobacco can be a big contributing factor for lung cancer.
“You can’t take a lung cancer tumor and run a test that proves that tobacco caused that cancer. … You’re seeing the same thing here,” Litzenburg said. “I think we’re in the beginning of that era of this dawning on us as a country — as a public — the connection between these two things.” 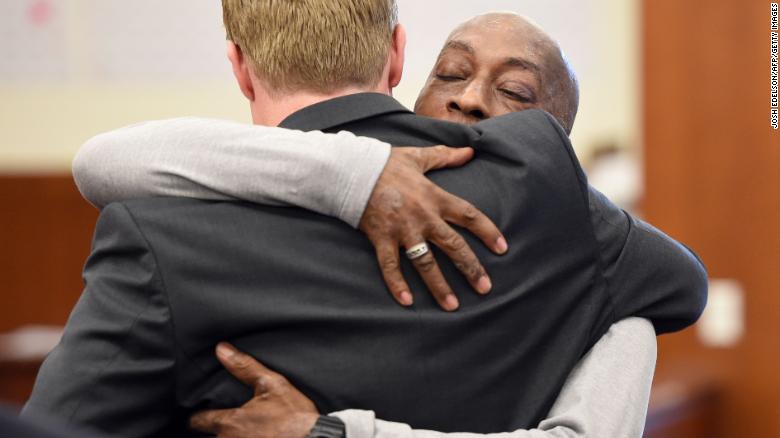 Johnson hugs one of his lawyers after the jury awarded him $289 million in damages.
Litzenburg said he and other attorneys have more than 4,000 similar cases awaiting trial in various state courts.
He estimates another 400 cases have been filed in federal multidistrict litigation, or MDL.
MDL is similar to a class-action lawsuit because it consolidates pre-trial proceedings for the sake of efficiency. But unlike a class-action lawsuit, each case within an MDL gets its own trial — with its own outcome.
In other words, one MDL plaintiff might get a large settlement, while another plaintiff might get nothing.
No dates have been set for those MDL trials, Litzenburg said.
But one advantage of filing in state court — as Johnson did — instead of through MDL is that state courts sometimes produce outcomes faster. And that can be priceless for terminally ill patients.
Litzenburg said Friday’s verdict is historic, especially since Roundup is the most widely used herbicide in the world.
“This is a big victory for human health worldwide,” he said.