Spending a week in Ben-Gurion airport under a deportation order has surely been uncomfortable for 22-year-old American student Lara Alqasem, but the detention has done a great deal to advertise the Israeli government’s intolerance of criticism.

Alqasem has a visa to study for a master’s at Hebrew University. But she was stopped at the border last Tuesday because she once supported the Boycott, Divestment and Sanctions campaign against Israel, and has been held at the airport as she appeals a deportation order. Wide coverage of her ordeal is turning into a public relations disaster for Israel. Even fervid Israel supporters are urging Israel to drop the case; though Netanyahu’s minister for security has dug in.

Here’s the latest. A hearing on Alqasem’s appeal of the deportation has been moved ahead to 10 a.m. tomorrow morning, Noa Landau of Haaretz reports.

The story is making headlines worldwide, NBC News, the Guardian, NYT, NPR. AP calls it a groundbreaking case, with bedbugs:

In a groundbreaking case, Israel has detained an American graduate student at its international airport for the past week, accusing her of supporting a Palestinian-led boycott campaign against the Jewish state…

[S]he has been spending her days in a closed area with little access to a telephone, no internet and a bed that was infested with bedbugs, according to people who have spoken to her.

The State Department is sitting on its hands. Landau reports:

“We are aware of her case. Our embassy is providing consular access. We value freedom of expression, also in cases where people don’t agree with local policies. Ultimately it‘s up to Israel to decided who it wants to let into the country”

Alqasem’s pro-Israel congresswoman, Debbie Wasserman Schultz, has had nothing to say publicly about the case beyond her initial statement similar to the State Department position, largely taking Israel’s side.

Alqasem has a Palestinian father, and her last name was reportedly a red flag to border officials.

The Israeli government is squirming with all the bad press. “Lara Alqasem is not detained! She is the one who chooses to stay… She can fly at any time + run back home,” says Gilad Erdan, Netanyahu’s minister for public security.

Yesterday Erdan issued terms for Alqasem to enter the country that make his ministry look more like thought police, “saying in a radio interview that he would rethink his decision to expel her if she apologizes and renounces her support for BDS.”

“If Lara Alqasem will tomorrow in her own voice, not through all kinds of lawyers or statements that can be misconstrued, say that support for BDS is not legitimate and she regrets what she did, we will certainly reconsider our position,” he said.

Simone Zimmerman of IfNotNow blazes out the news:

To all those who are proud of Israel’s so called robust democracy and respect for dissent, here you go: Lara Alqasem, a student wanting to study at @HebrewU is only allowed in if she’ll promise not to think or say anything too critical of the state.

The New York Times ran an op-ed by Israel hawks Bret Stephens and Bari Weiss calling on Israel to end the catastrophe. The longer Alqasem is detained, the more power that Israel gives its critics who say that it is an intolerant Bannonite “ethnostate,” they say.

[E]xpelling visitors who favor the B.D.S. movement does little if anything to make Israel more secure. But it powerfully reinforces the prejudice of those visitors (along with their supporters) that Israel is a discriminatory police state.

The two cite the deportation of Katherine Franke of Jewish Voice for Peace and the questioning/detention of Simone Zimmerman, and of liberal Zionists Peter Beinart and Meyer Koplow, and note that societies that shun critics merely advertise their weakness. Israel should welcome BDS supporters. And besides, Israel’s behavior is undermining the Israel lobby, so crucial to Israel’s international immunity:

Detaining people like Ms. Alqasem also does little to stem a worrying trend among young American Jews, who are increasingly alienated from Israel because of its hard-line policies.

Yakov Hirsch says that Bret Stephens and Bari Weiss “now represent ‘Jewish moral clarity’ in elite MSM,” though they are both propagandists for Israel.

Ali Abunimah notes the bizarre claims that the New York Times news coverage of the story is offering for what constitutes pro-Israel credentials: studying Hebrew and the Holocaust.

Peter Beinart points out that Lara Alqasem is subject to Arab rules at the airport. In his own case, he was detained for a few hours, and the prime minister apologized to him. “When will he apologize to Lara Alqasem?”

Haaretz appears to regard the case as an embarrassment that the government should back away from. The Israeli government is “Beyond Kafkaesque,” in denying Hebrew University officials the right to visit Alqasem, a column argues.

The Institute for Middle East Understanding has released a video of several people denied entry to Israel as alleged security threats. “I’ve never been to a place where the profile seems so celebrated,” one man says. 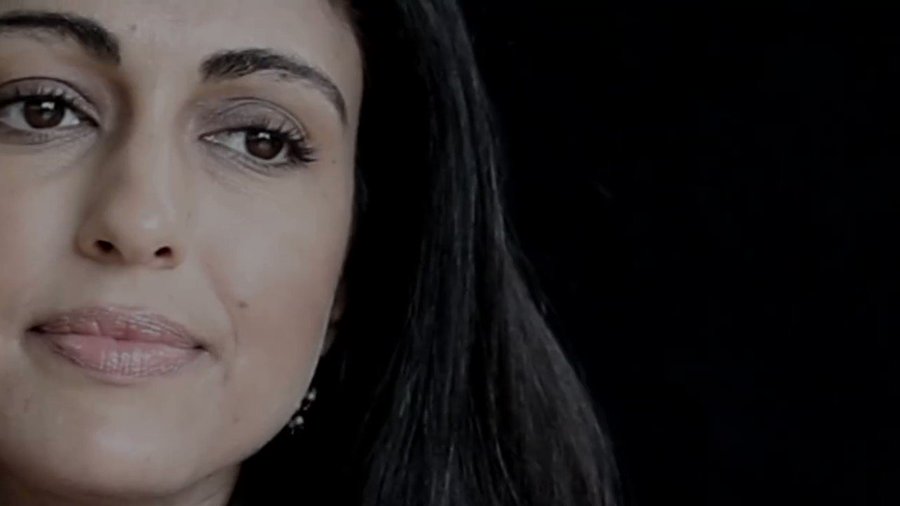 WATCH: Israel has detained American student Lara Alqasem for nearly a week and is trying to deport her because she was a supporter of the movement to boycott Israel over its human rights abuses. Israel routinely racially profiles visitors arriving at the borders they control

There was a debate of the case on i24 news. Hen Mazzig defended the deportation order: “We should not allow people who are advocating for the destruction of our country to come into our country…. Literally, every other country would do the same.” Quizzed on that score, Ariel Gold of CodePink, who was deported last summer from Israel, said: “Israel does exist, the question is whether Palestinians have human rights or not.” Mazzig responded that BDS is anti-Zionist, and this is the ultimate issue. BDS activists have one goal, and “are fanatic in their goal… the whole idea is to destroy the Jewish state and to bring an end to its existence as a Jewish state.”

The Atlantic has not covered the story, because, Yakov Hirsch says, its editor is convinced that “association with BDS is equivalent to membership in the Hitler Youth.”