‘They basically lied to us with my newborn in my arms and it cost us a lot of money,’ says Krista Miller 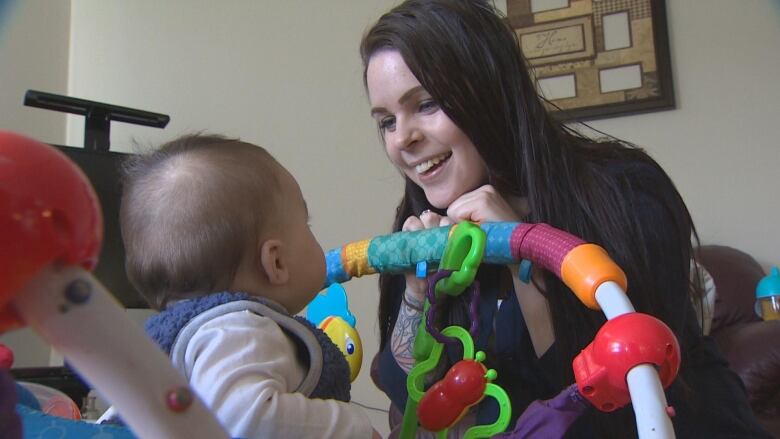 Krista Miller with her five-month-old baby at her new apartment. (David Laughlin/CBC)

A family is upset it rented a Halifax-area apartment without being told the building has a history of bedbug infestations.

“It bothers me the fact that they obviously saw me come in with my three-month-old looking for a place to live. They told me the unit we were moving into was the best that they had,” said Krista Miller.

She was a resident at 538 Herring Cove Rd. in Spryfield before moving to Clayton Park in December. Miller said she paid $809 a month to rent the three-bedroom apartment, which appeared to be renovated, so she thought she was getting a great deal.

“We went with it and they basically lied to us with my newborn in my arms and it cost us a lot of money,” said Miller.

CBC contacted MetCap Living, the company that owns the building, but it declined to comment.

The family started renting the place in July 2018 on a one-year lease. 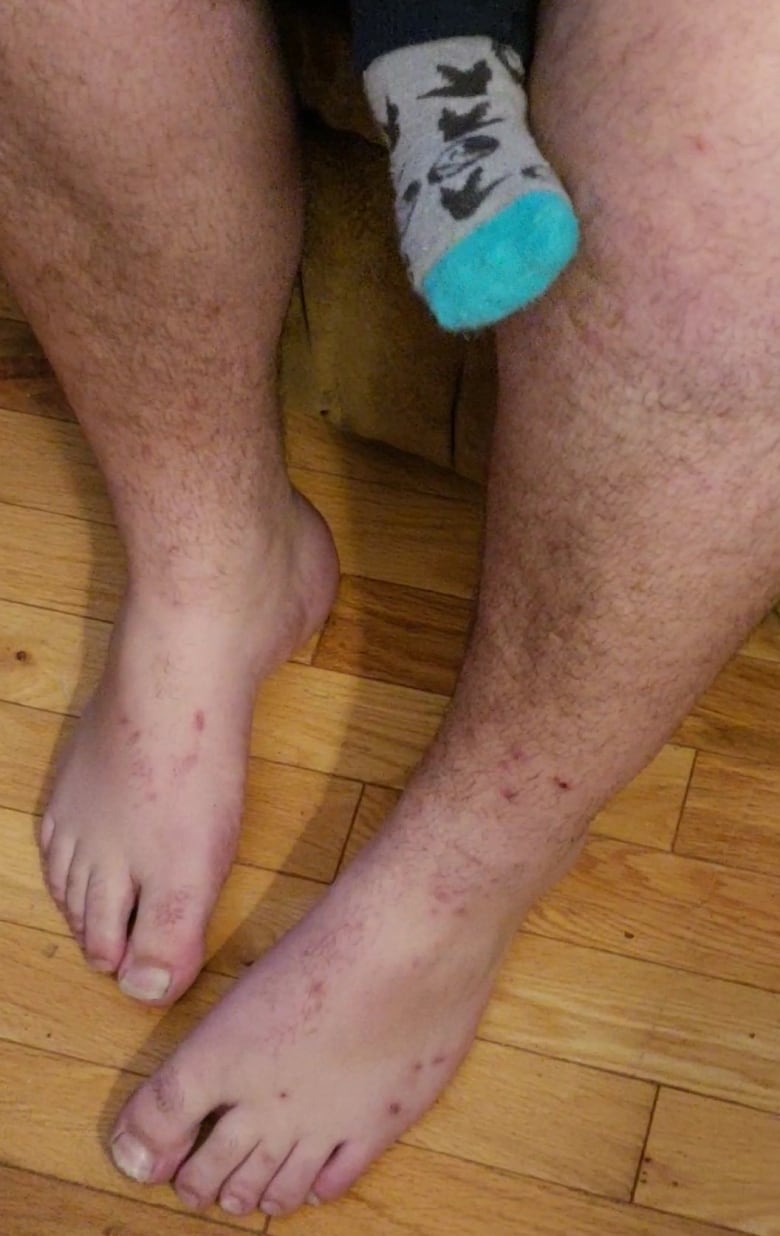 Miller’s boyfriend was bitten by bedbugs within two months of living there. (Submitted by Krista Miller)

Miller said within a month of living at the building, pest-control work was being done and notices were provided to tenants.

She said the landlord never told them that the spraying was specifically for bedbugs, calling it a “preventive measure” instead.

After two months of living there, Miller noticed bedbugs on the floor. She said only her boyfriend was bitten by them.

‘You can see all their eggs’

Miller said she was told by a pest-control worker working at the building that the units have been infested with bedbugs for years.

Miller and her boyfriend, with the help of their families, spent over $2,000 to move and replace their furniture and mattresses.

“We got rid of our shower curtains and when we took our curtains down, there were bedbugs along our curtain rails and you can see all their eggs,” said Miller. “It looks like oil stains.”

What a landlord’s obligations are to tenants

Marla MacInnis, a spokesperson for Service Nova Scotia, said that under the Residential Tenancies Act, landlords aren’t required to notify tenants about things such as bedbugs.

“The act require landlords to provide units that are in a good state of repair, are fit for habitation and comply with all laws respecting standards of health, safety or housing,” MacInnis said in an email. 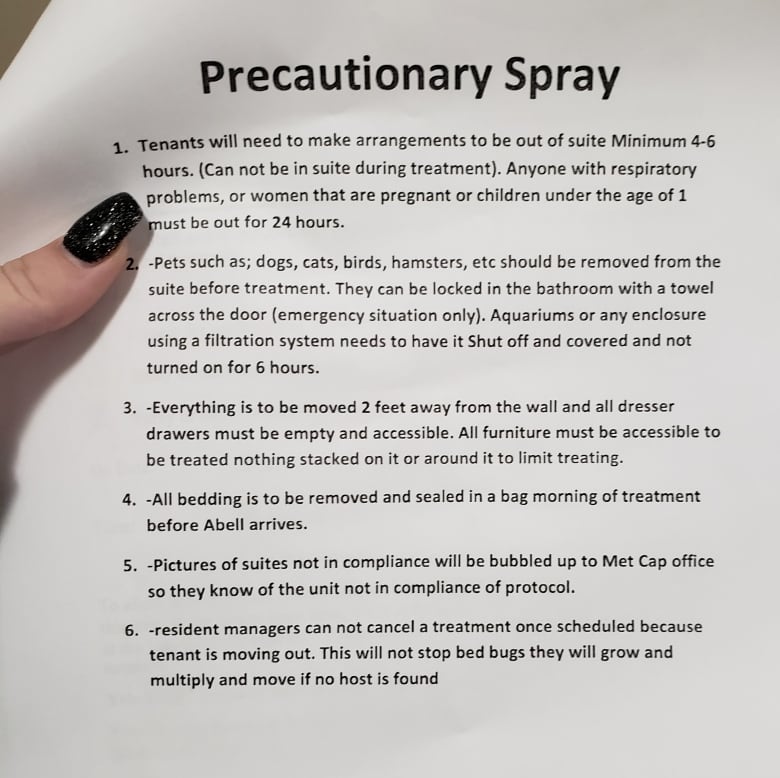 Miller received a notice about some pest-control spraying that was being done at the apartment building.(Submitted by Krista Miller)

Miller said she paid her January rent in advance, but won’t be getting her money back because she didn’t give proper notice.

“I feel like we shouldn’t have to give any notice if we were being eaten by bedbugs and we had no idea,” Miller said.

Aya Al-Hakim is a journalist with CBC Nova Scotia. She can be reached at aya.al-hakim@cbc.ca.