Today in gross and hopelessly obvious news, Toronto has been found to boast a bigger bed bug problem than any other city in Canada.

The country’s largest pest control company, Orkin, just released its second annual list of the “top bed bug cities” based on the number of treatments at all residential and commercial properties between January 1, 2018 and December 31, 2018.

It makes sense that Toronto would have the highest number of bed bug situations needing professional attention, given that it’s Canada’s biggest city, but size doesn’t necessarily coincide with rates of infestation.

Winnipeg, for example, had the second-biggest bed bug problem of 2018, according to Orkin’s data, followed by St. John’s, Newfoundland and then Vancouver.

Montreal and Calgary, however, don’t appear on the top 10 list at all despite being Canada’s second and fourth largest cities by population. 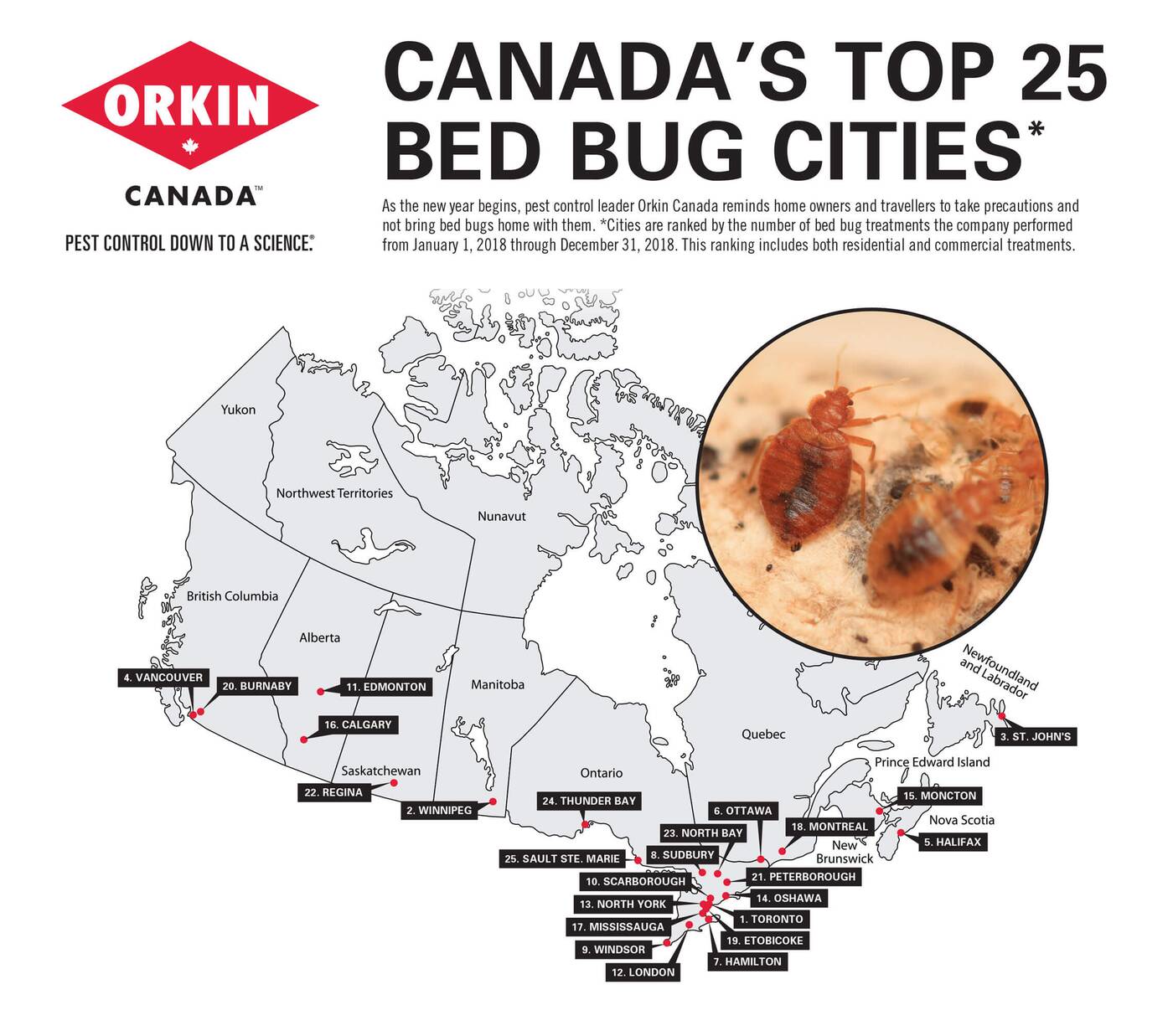 Pest control company Orkin puts Toronto at spot number one on its list of the worst cities for bed bugs in Canada. Lucky us. Image via Orkin Canada.

This is only the second edition of Orkin’s annual bed bug list, but the company warns that this hard-to-kill pest has become increasingly common in North America over the past 20 years.

“Bed bugs are extremely efficient hitch hikers,” reads Orkin’s blog. “They can move easily across a room and climb onto luggage or anything left on a bed in just one night… They can also be found on airplane and train seats, buses or in rental cars.”

Uh, thanks for the nightmares.

Here’s the full list of Canada’s top 10 bedbug cities if you’re so inclined: