A Branson motel was forced to close after officials deigned it an “imminent health hazard” earlier this week, according to the health department.

Residents at Branson Plaza Motel, 1106 W. Missouri 76, had complained several times about the cockroach infestation and bedbug issues but were allegedly told by management not to call the health department, according to a Taney County Health Department inspection report.

By Tuesday, inspectors had access to the occupied rooms. They found that pests weren’t just in one or two of them, Marshall said.

“It was a facility-wide issue,” Marshall said. “With pests carrying diseases, it’s not a safe environment.”

Of the approximately 30 rooms, 19 were occupied by long-term residents, Marshall said.

“In regards to residents, we had to shut down the facility quickly,” she said. 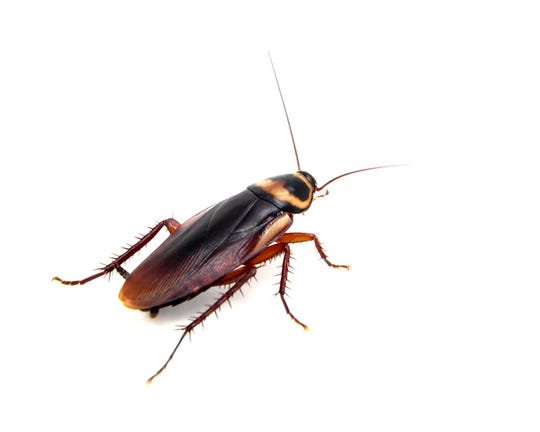 The health department has received “multiple complaints” of cockroaches, bedbugs, ticks and ants at the Branson Plaza Motel from May 20 to June 24. Both the owner and general manager said they weren’t aware of the issues and the “tenants had not notified anyone of the concerns,” the report stated.

“Only one week of weekly room inspection records were provided for the month of June, and several records were not filled out,” the report stated. “No other records for previous weeks were available.”

While inspectors were on site, they were told by some of the residents that management said they could not call the health department with their pest complaints “or they would be asked to leave,” according to the report.

Several guests said they told the manager about the cockroaches and bedbugs, and the manager either tried to self treat the room with pesticides or did nothing, the report stated. Residents told inspectors that they have not had a professional treat their room at any point.

“Due to the severity of the cockroach infestation observed throughout the entire building, this is an imminent health hazard for the occupants of the room,” according to the report.

Once the health inspectors found that the complaints were valid, Marshall said the facility has been closed.

“Ultimately, it’s the owner’s obligation that they have a facility that meets code requirements,” Marshall said.

Branson Plaza Motel’s health department permit has been pulled and it has lost its state lodging license, Marshall said.

Salvation Army Social Services Director Becky Gerhart said she has had more than 10 people from the Branson Plaza Motel have come to her office so far for assistance.

“Our project interjection was to replace food and clothing that they needed,” Gerhart said.

Many of the residents’ belongings were spoiled, out-of-date or contaminated by the infestation, Gerhart said.

About six families have also been given lodging assistance through the Salvation Army, Gerhart said.

This is the first time the health department has led the charge because of the health concerns, Pettit said.

As of Thursday, Pettit said she believed about three individuals had slept at Branson Plaza Motel.

“The situation was that because they couldn’t find anywhere to stay, the owner may be cited for the number of people who stayed there,” Pettit said.

Neither Pettit nor Marshall was sure of the exact number of residents who had been staying at the motel.

For Branson Plaza Motel to reopen, it would have to take several steps, according to the inspection report, including:

“A professional pest control company must be used for all pest services,” the report stated.

Pettit said the city of Branson is willing to work with the motel owner to regain its business license.

“That’s been our main thing — no matter how much money someone makes — everyone deserves a safe and clean place to live,” Pettit said.

A News-Leader reporter attempted to reach the manager or owner of Branson Plaza Motel by phone but was told “we don’t have any comments” before an individual at the facility hung up.