Great news: No Delaware cities made the list of worst cities in the country for bedbugs.

The pest control company Terminix just released its list of the 50 worst cities in the country for bedbugs, based on the calls for service. Philadelphia was No. 1, New York was No. 2, Washington, D.C., was No. 8 and Baltimore was No. 13.

Calls to a pest control company aren’t the same as a scientific survey, so make of that what you will. Another company, Orkin, released its top 50 for 2018 in January, based on older data. It didn’t offer much peace of mind to those in the Mid-Atlantic, ranking Baltimore No. 1, D.C. 2, New York 8, and Philadelphia 12.

So while it’s hard to know for sure where bedbugs are the worst, we do know that the phones are busy in this region with reports of the little pests.

It’s only a problem if you object to creatures crawling over your bed at night while you sleep, sucking your blood. 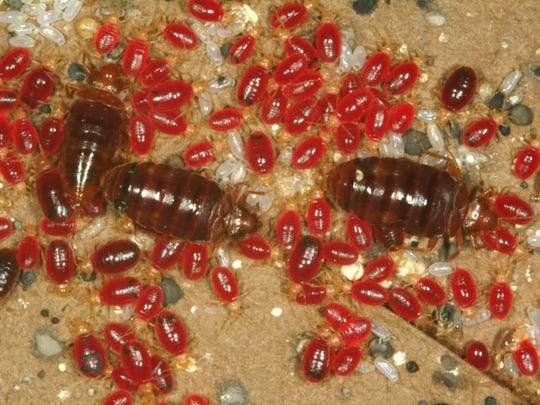 For those paranoid about such things, Terminix offers some paranoid-sounding advice: To avoid bedbugs when traveling, “always check hotel mattresses, headboards, frames and pictures for signs of bed bugs in the room. Travelers should also wash clothes in warm water and dry in a heat chamber immediately after returning home from travel.” The company also warned that the bugs can be transported in jackets, purses, and luggage, and hide in furniture and behind baseboards.

You can almost feel those little feet crawling on you.