LAS CRUCES, NM (KFOX14) July 19, 2019 | Portia Baudisch — A class-action lawsuit against an allegedly rodent- and bug-ridden apartment complex in Las Cruces is about to get bigger.

A judge ruled Friday that Desert Palms Apartments must release the names of all tenants from September 2012 to September 2018.

Current and former tenants told KFOX14 their apartments were infested with mice and bugs.

One woman said she complained to management and was told it was all in her head.

KFOX14 reporter Portia Baudisch was asked to leave the property when she went to Desert Palms Apartments. She said the landlord closed all of the blinds as she left.

As Baudisch was driving away, she said the landlord started recording her on her phone. Baudisch said she rolled down the window and told her she wanted to ask about the lawsuit. Baudisch says the woman replied, “I know” and kept recording.

One tenant said the conditions at her apartment caused her to get sick.

“Really bad stomachaches, a lot of vomiting. The doctor kept saying, ‘Let’s try different things,’ and different things, well, nothing ever evidently was working, because I didn’t even fathom that mice could live in your stove,” said Erica Olivas.

Olivas said her mystery illness was caused by cooking on a stove full of mice feces. 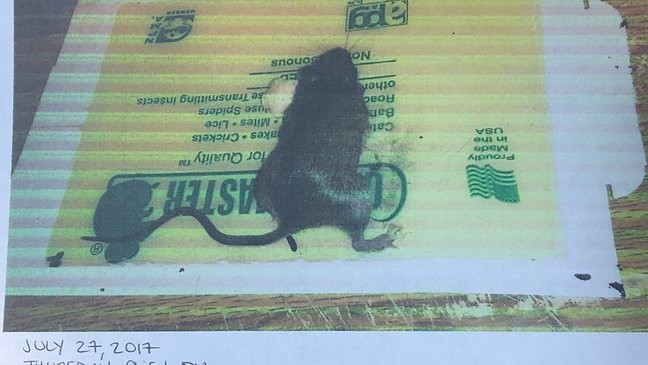 “I talked to a lady last week who has bedbugs and the manager said why doesn’t she scoop a bedbug up and show it to her,” Olivas said.

Below are images of a seventh grade boy who allegedly has bedbug bites all over his body from Desert Palms Apartments: 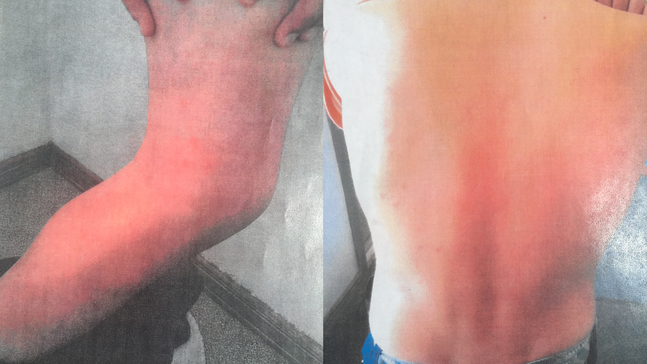 “We are overrun with rodents, roaches. We had smoke detector systems, we thought batteries were low, but when they took the smoke detector down, it was so full of roaches and roach feces that they cleaned it out and put it back up, and it was fine,” said Donald Boyce.

Boyce, a veteran, said he believes some people don’t complain because they are afraid of getting evicted and being homeless.

“They use such intimidating tactics. ‘Well, you know you’re disabled, but you’re only paying so much rent.’ They would, more or less, make you feel low,” Boyce said.

“A lot of people living there, it’s the first place they’re living from either living in a car or (being) through hard times,” Olivas said.

Victor Ortiz said he sleeps on an air mattress because of the bedbugs.

“I threw away an old desk, my bed I had for a couple years and a lot of my clothing,” Ortiz said.

Olivas, Boyce and Ortiz are just three of 59 members of the class-action lawsuit.

With the judge’s ruling, the class-action lawsuit could be getting larger as former tenants add their claims.

Many tenants at the apartment complex have low incomes or are seniors, disabled or veterans who may qualify for Section 8 housing funds.

JL Gray Company, which owns Desert Palms Apartments, has not yet responded to a request for comment.

The lead plaintiffs in the class-action lawsuit are asking anyone who has had problems at Desert Palms Apartments to contact them if they would like to get involved.