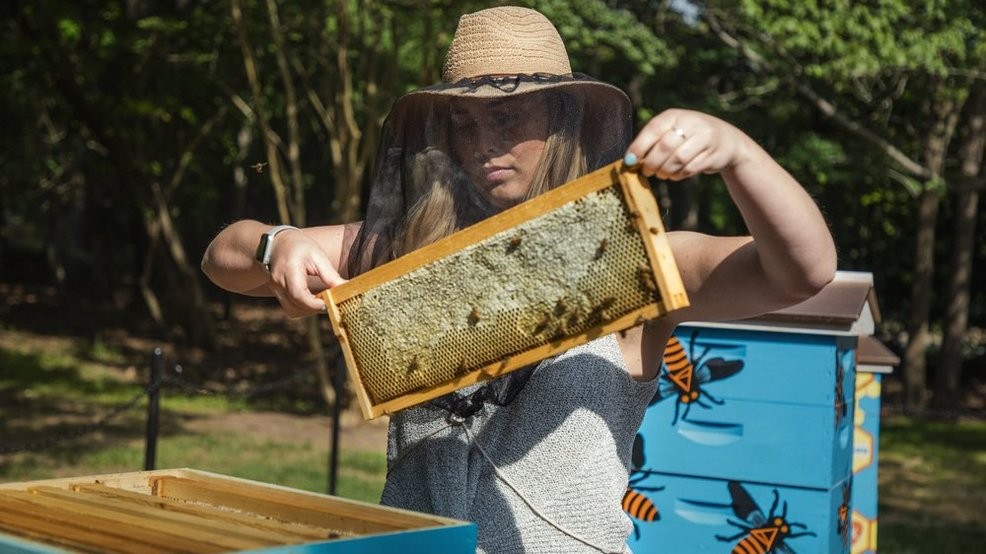 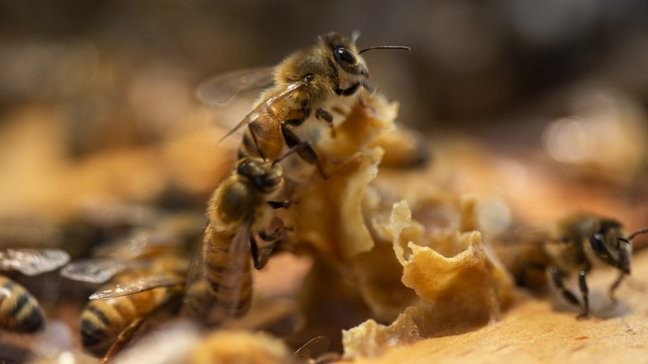 RALEIGH, N.C. (AP) — If you find yourself sipping a cold brew with a piece of watermelon in your hand this summer, you can thank the bees for making that snack possible.

Bees pollinate almost three-quarters of the 100 crop species that provide 90 percent of the world’s food supply, say advocates working on a campaign to protect bees from insecticides.

Last week, the grassroots group Environment North Carolina delivered a petition with 13,452 signatures to Gov. Roy Cooper’s office, calling for a consumer ban on the sale and use of neonicotinoids (neonics) pesticides. Advocates gathered in downtown Raleigh, not far from regional headquarters for Syngenta and other businesses like Bayer and Dow Chemical that manufacture neonics and say their products are safe when applied according to label directions.

Every winter for the past 12 years, about 30 percent of commercial honeybee hives in the United States have collapsed because of diseases, parasites, poor nutrition, pesticides and other issues, the U.S. Department of Agriculture’s Natural Resources Conservation Services has said.

While pesticides aren’t the only cause, they contribute to the problem, according to the department, which recommends gardeners use pesticides sparingly or not at all.

Drew Ball, state director of Environment North Carolina, believes banning sales to consumers in the state would be a step in the right direction toward bigger bans.

Maryland and Connecticut have banned the sale of neonics to consumers, said state Rep. Pricey Harrison. The European Union has banned neonics and Canada is phasing them out.

Harrison is one of the sponsors of House Bill 559, also known as the Pollinator Protection Act. The bill, whose primary sponsors also include Reps. Chuck McGrady, John Ager and Mitchell Setzer, stalled in committee this spring.

Concerns about agricultural pesticides are not new, said Hannah Burrack, professor of entomology at N.C. State University. People disagree because there are positive and negative effects, so it’s a trade-off, she said.

“The thing that gets glossed over in the discussions of banning neonics is that the pests themselves aren’t going to go away in these farming systems,” said Burrack, who is also an extension specialist. “Something needs to be done to manage them, and that something might become a more toxic pesticide if this one is removed. That needs to be a part of the conversation.”

A Google search can yield numerous alternatives to insecticides, like using fabric covers to keep pests off crops. The Natural Resource Conservation Service suggests people who do use insecticides should choose products with less harmful ingredients and spray them on dry evenings after dark when bees are not active.

Neonicotinoids are classified as a “general pesticide” by the EPA, which means no training or licensing is required to use them.

Consumers, who may not know as much as farmers about the chemicals they are using, often over-apply neonics, at a time when non-farming regions have become increasingly important habitats for bees, said Libba Rollins, Environment North Carolina’s campaign lead.

“Private citizens aren’t typically aware of the impact this has on pollinator population,” Ball explained. “A lot of people are buying these over the counter without recognizing the effect.”

Environment North Carolina is seeking a consumer ban because “bees are dying at record rates,” Ball said. “Beekeepers report losing an average of 30 percent of all honeybee colonies each winter, roughly twice the loss considered sustainable. A recent study found that more than half of all (wild) bees are in decline, too.”

It is not clear if neonics are causing the decline in wild bees, Burrack said. “There is limited science available and it’s harder to research wild bees because they can’t be raised in captivity,” she said.

However, fewer wild bees could affect crop production. North Carolina is fourth in pumpkin production, seventh in cantaloupe, apple and tomato production, eighth in squash and watermelon production and ninth in cabbage production, and all of these crops require pollinators, including wild bees, Rollins said.

Bayer, Dow, Monsanto and Syngenta are some of the biggest producers of neonics and say they should not be blocked or banned.

“Neonicotinoids are rigorously tested before going to market to ensure they can be used safely and effectively while allowing bees and other pollinators to thrive,” Syngenta said a statement to The News & Observer. “The weight of scientific evidence clearly shows that bees and other pollinators can coexist safely with neonicotinoid insecticides when product labels are followed.”

Bayer agreed, adding that the potential exposure to bees by consumer application is far below levels that would cause concern.

“Distinguishing toxicity from risk is a routine activity performed by most of us, even if we’re unaware we’re doing so,” Bayer said in its statement. “For example, caffeine is more toxic than many pesticides, yet we drink it in coffee without fear because the levels are so low.”

In 2014, Home Depot, the world’s largest home improvement company, announced that it had stopped treating 80 percent of flowering plants with neonics and would completely stop using neonics in flowering plants by 2018.

Lowe’s Home Improvement announced in 2015 that it would phase out neonics after the EPA announced it would stop approving new uses of the pesticide.

While groups disagree about bans, insecticides like neonics are part of a larger discussion about how our food is grown, Burrack said.

“I believe the best solution is to use the whole suite of pest-management tools we have available to us,” she said. “We monitor insect populations and select the least disruptive treatment available to us which in some cases is chemical control or not chemical-based controls.” 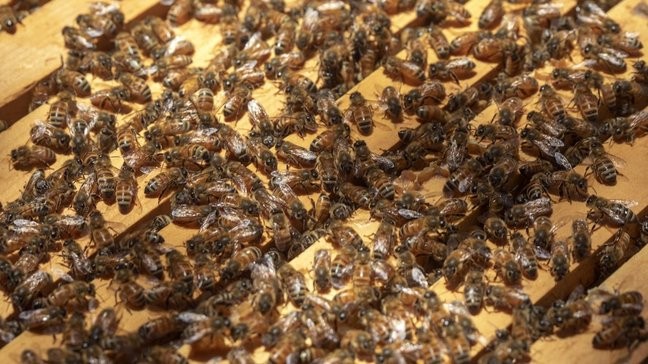