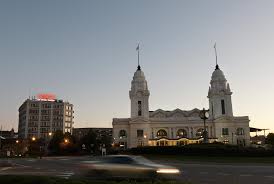 Among the provisions the owners agreed to not enforce going forward was one that allowed them to fine tenants $100 for not answering the door for a law enforcement officer, as well as a clause stating the complex was not liable for property losses attributed to bedbugs.

“The Edge did a good job recognizing the issues and working with us to help resolve them,” Josh Gardner, lawyer for the plaintiffs, said Tuesday.

About 535 people who lived in the building between June 2016 and June 2019 are expected to be eligible to file a claim, court documents show, and claims are due Oct. 25.

Mr. Gardner filed the lawsuit in Worcester Superior Court in October 2017 on behalf of Douglas Schaffer, a three-month tenant of the building at 8 Grafton St., who alleged his security deposit was returned late after he departed in June 2017.

The suit alleged that The Edge did not properly account for the security deposits it collected, did not always return them quickly enough and improperly charged a $50 application fee.

It also alleged The Edge billed tenants on estimates of their electricity usage rather than using dedicated meters, and violated sanitary code by not cleaning common bathroom areas.

Opened in June 2016 in the former Osgood Bradley building, The Edge was specifically built with students in mind. According to court records, it features one-, two- and four-bedroom suites, and tenants pay for bed space within a unit rather than for a whole suite.

Each tenant pays a pro-rated portion of the electricity, court papers show, while the multi-unit suites have bathrooms in each bedroom as well as a half-bathroom in the common area.

The Edge had argued that by virtue of its layout, the units were “rooming units” rather than “dwelling units” and were therefore not subject to individual electricity metering requirements.

Noting that each bedroom had its own bathroom, it argued it also was not legally required to clean the common half-bathroom once every day.

In a joint motion filed Aug. 13 urging a judge to certify the class and preliminarily approve the settlement, lawyers on both sides agreed the bathroom and electricity claims faced “significant legal obstacles” for the plaintiffs and had “the least likelihood of success.”

The Edge did concede that it “did not properly handle the security deposits in some respects in the past.”

According to the joint Aug. 13 motion, The Edge has stopped charging application fees and has “placed security deposits into a compliant account.”

It also states The Edge has “agreed to amend (its) standard lease to take out the provisions plaintiff believes do not comport with Massachusetts law.”

The settlement agreement lists 10 provisions The Edge has agreed to remove or no longer enforce, including the provisions regarding law enforcement door knocks and denial of liability regarding bedbug damage.

Also removed was language allowing The Edge to charge up to two months of rent as security deposit, allowing it to terminate utilities “at any time,” and language pertaining to certain fees and procedures relative to lease enforcement.

Mr. Gardner, of Gardner & Rosenberg in Boston, said it is “not often the case” in a class action lawsuit that the defendants recognize and work to solve issues, but that is what happened here.

“It’s a good settlement, and it’s a credit to them and their attorney that we were able to reach it,” he said.

“The defendants themselves have significant financial constraints,” the joint motion reads. “For this reason, the remaining $50,000 will be paid by defendants, with a personal guarantee from two individuals.”

The defendants in the case are Grafton Acquisitions LLC, Grafton Management LLC and Grafton MT LLC – limited liability companies that state records show are all managed by Robert P. Shaffer.

Mr. Shaffer and Mary Shaffer are listed in the settlement as the two people guaranteeing the extra $50,000.

The amount individual claimants receive from the settlement will depend on how many of the estimated 535 eligible tenants file a claim.

Mr. Gardner said he anticipated everyone who files a claim will get at least $500, and likely more than that.

Mr. Schaffer, who now lives in Ohio, will get $5,000 for being the lead plaintiff.

The settlement will not technically become official until after the claims are submitted and the judge gives a final approval. The agreement notes that The Edge is not admitting any wrongdoing by agreeing to settle.